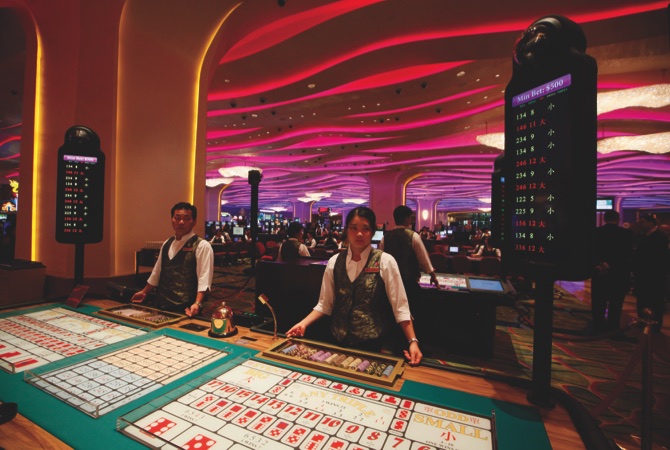 The government is planning to ban employees of the gaming sector from entering casinos during non-working hours.
In recent years, a number of crimes involving gaming employees have been reported. Most casino operators forbid their own workers to gamble in their own workplace, however the proposed amendment could see the ban being applied unilaterally across the city’s casinos.
Paulo Martins Chan, director of the Gaming Inspection and Coordination Bureau (DICJ), while attending the Macau Forum on Sunday, informed that the regulator has already met with related gaming operators to discuss the matter. The definition of gaming sector employees remains equivocal, demonstrating that it has not yet been decided whether to ban just dealers or whether the ban should apply to all employees within the gaming sector. According to Chan, related legal work will be forwarded to the Legislative Assembly next year.
In addition, the DICJ will also make amendments to the law regarding gaming promoters, as well as regulations relating to slot machines. The director informed that the legal team in his department has grown to five people, an increase compared to the two-person team of the past.
Earlier, a broad agreement supporting a proposal to amend a law that regulates who can enter, work and gamble in Macau’s casinos was reached during a meeting between the government and 11 local associations representing the interests of casino employees.
A survey conducted by the Macau Gaming Industry Frontline Workers showed that 77 percent of the 3,044 casino workers who were interviewed, supported the revision.

Paulo Martins Chan revealed that Wynn Macau has indicated the amount of gaming tables they wish to apply for to be installed in Wynn Palace, according to a report by Jornal Va Kio. He said that DICJ is considering the request, but did not say how many tables had been requested. However, according to Chan, Macau is controlling the rate of new gaming tables to be less than a 3 percent year on year increase. Wynn Palace resort is set to open on August 22.