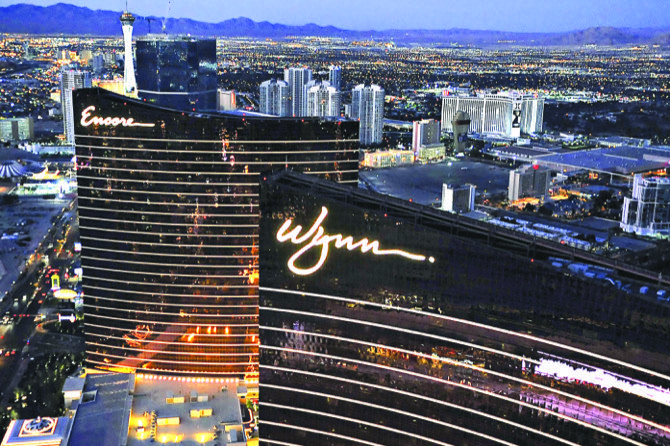 Forced to anchor in licensed clusters in Las Vegas and Macau, the world’s biggest casino operators rarely get a free shot at expansion. That’s why a once-in-a-generation opportunity to buy established resorts in Australia could escalate into a bidding war.

Crown Resorts Ltd., controlled by billionaire James Packer – the one-time fiancé of singer Mariah Carey – this week disclosed a AUD9.99 billion (USD7.12 billion) takeover offer from Wynn Resorts Ltd. and said the two companies were discussing a deal. The talks were short- lived. Wynn said they were revealed too soon and ended negotiations.

The discussions were initially reported in the Australian Financial Review, a local newspaper, and confirmed shortly later by Crown. It looked like a tried-and-tested play to root out a higher bidder – until Wynn walked away.

But with Crown now known to be on the market, Packer may yet land a deal. After surging 20 percent on the talks with Wynn, Crown stock lost only 9.1 percent when the discussions collapsed. With the Wynn talks on hold for now, rival suitors such as Hard Rock International Inc. and Malaysia’s Genting Bhd. may engage, said Deutsche Bank AG.

A representative for Crown, which owns casinos in Melbourne and Perth and is building a third in Sydney, declined to comment on the leaked talks with Wynn or why they broke down so abruptly.

Governments worldwide typically keep a tight grip on new gaming licenses, which partly explains why it’s so rare for a casino company to sell up. A takeover of Crown at the price proposed by Wynn would be the industry’s biggest acquisition in more than a decade, according to Bloomberg data going back to 2007.

Beyond Wynn, Crown also might be a match for other companies with casino operations in Singapore or Macau because of the potential synergies, said David Bonnet, managing partner at Delta State Holdings Ltd. specializing in hospitality and gaming consulting.

“For businesses already operating in the region, it makes sense too to consider the deal,” said Bonnet. “Acquisition is the only way to enter a monopoly-style market.”

Suncity Group Holdings Ltd. has been expanding outside Macau in recent years and is building a casino in Vietnam. It said it wants to head offshore but Wynn’s offer for Crown was too high.

“We actively keep our eyes on overseas opportunities around the region as the footprint expansion can help create more synergies among our businesses in each gaming hub,” said Andrew Lo, executive director of Suncity.

Genting, with resorts stretching from the U.S. to Singapore, has experience of the Australian market. In 2012, it owned about 10 percent of Crown’s rival in Australia, Star Entertainment Group Ltd. before a 2017 sell down. A company representative declined to comment.

Hard Rock International, which has casino resorts across North America, is one of the many companies with designs on a casino license in Japan. The company did not respond to a request for comment.

A corporate retreat by Packer has looked more likely since late 2016, when a crackdown in China resulted in 19 current and former Crown staff being convicted of illegally promoting gambling on the mainland. In the same year, he had an ugly public break up with Carey.

Crown is now almost solely focused on its domestic market. Packer quit the board of Crown in March 2018 due to mental health issues and stepped down as a director of his private investment company three months later.

For Wynn, the Crown deal would have represented a chance to catch up to competitors who already have footholds in Asia beyond Macau. Unlike Las Vegas Sands Corp., which has a resort in Singapore, or Melco Resorts & Entertainment Ltd., who’s built a ‘City of Dreams’ in Manila, Wynn is currently confined to the Chinese territory, where expansion is approaching its limit. And they’re all fiercely competing for an operating license in Japan, seen as the region’s next gambling goldmine.

Given its need for growth beyond Macau and the few options available, Wynn may yet return to negotiate a deal with the Melbourne-based company, Sanford C. Bernstein analyst Vitaly Umansky wrote in a note.Angus  Whitley & Daniela Wei, Bloomberg