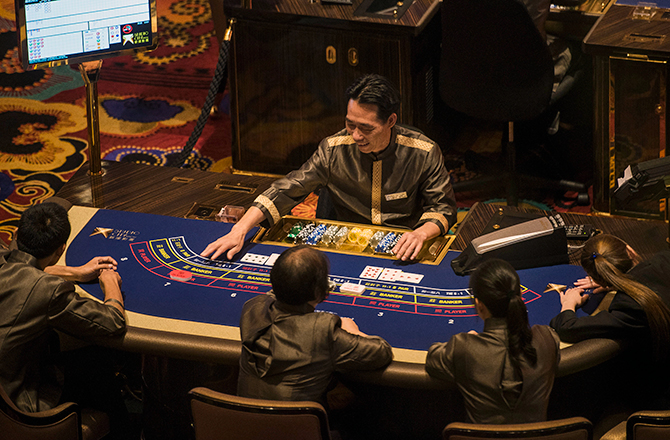 The Deutsche Bank Securities Inc has moderately rolled back its previous projection of Macau’s gross gaming revenue (GGR) for 2021 from USD26.60 billion to $26.35 billion.
The latest adjustment made by the German-based multinational investment bank came after the Gaming Inspection and Coordination Bureau (DICJ) released the latest statistics for the December GGR last Friday.
In December, Macau’s GGR plunged 65.8%, year-on-year, to MOP7.82 billion. The annual GGR for 2020 reached a total of MOP60.4 billion, down 79.3% from the MOP292.5 billion recorded in 2019.
A Deutsche Bank analyst, Carlo Santarelli, said that the actual December GGR in 2020 was below the institution’s earlier estimate of just above US$1 billion, according to a report published yesterday by GGR Asia.
Deutsche Bank’s revised GGR of US$26.35 billion for 2021, once it realizes, will translate to a year-on-year uptick of 248% from the annual GGR recorded in 2020.
Macau’s GGR for December saw a sharp fall on a year-on-year basis. However, it represented the smallest monthly drop since February 2020, when Covid-19 infections first appeared in the city.
In addition, brokerage firm Sanford C. Bernstein also commented in a memo that the December GGR was “weaker than initially hoped.”
Its analyst Vitaly Umansky stated: “The month [December] continued to be negatively impacted by visitation bottlenecks due to visa processing and Covid[-19] test requirements, and by weakness in VIP volumes.”
The brokerage projects the January GGR in 2021 to shrink by “low- to mid-60s of percent,” year-on-year. It is also expecting the yearly GGR for 2021 to reach around 80% of 2019’s levels.
Following the release of December GGR, gaming experts have expressed varied views on the prospect of Macau’s gaming revenue in 2021.
Some experts, such as managing partner of IGamiX Management & Consulting, Ben Lee, believe Macau’s VIP and premium mass sectors will be “severely depressed” by China’s new, yet stricter gambling law, which will come into force in March 2021.
Lee believes the 2021 GGR will not be likely to reach the government’s target of MOP130 billion, which is around 44.5% of 2019 figures.
While some expressed the view that Hong Kong’s Covid-19 situation will also be factored in when it comes to projecting the GGR tally this year, as visitors from Hong Kong — once allowed to enter Macau this year — may play an influential role in propelling the city’s GGR figure in 2021. Honey Tsang 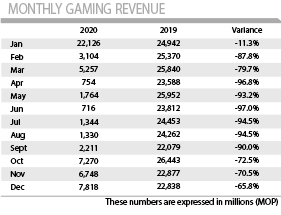