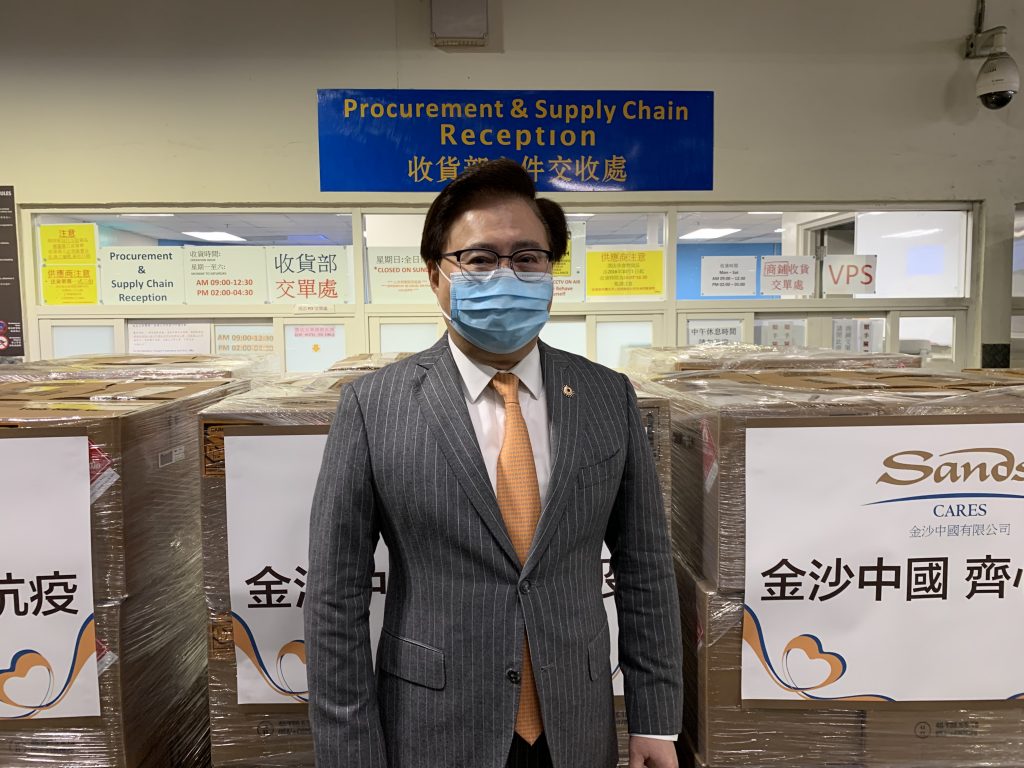 The gaming industry is expected to enter a “difficult time” if travel restrictions among tourists from mainland China persist, according to Sands China President Wilfred Wong.

Though Sands China is gradually opening its casinos in a phased approach, the newly reappointed president believes that February revenue will be especially hard hit by the virus and subsequent closures.

Speaking to the press yesterday on the sidelines of the donation event held at The Parisian Macao, Wong said that “the influence [on gaming revenue] will be really huge for this year, [but] February will be the worst.”

“If mainland package tours travel does not recover [rapidly], I believe Macau’s gambling industry will enter a difficult time,” he remarked, adding that already the year has proven the most difficult period in the gaming industry in a decade.

Hotels at the Four Seasons, St. Regis and Conrad in Cotai remain closed. Previously, Las Vegas Sands’ president and chief operating office Rob Goldstein said that only about 5% to 10% of Sands China’s hotel rooms were filled during the peak of the outbreak earlier this month.

For now, the gaming operator expects to see their business recover only in the second half of the year, when travel restrictions and fear among tourists subside.

Questioned by the Times on its current plans now that visitation from the company’s top source market are mostly prevented from entering Macau, the executive said that given the current situation of the epidemic outbreak globally, “it is not the time to go out to promote the industry on large scale.”

“We don’t depend on Macau’s spending power, we depend on the world. Besides mainland China, South Korea and Japan also has [the epidemic outbreak] problem. Theses are all the markets we have depended on in the past,” said Wong. “If you look around the region, the situation in Korea and Japan are not rosy either. We will wait until everything stabilizes.”

Meanwhile, approximately 30% of the company’s workers are back to work, while the rest of them are on paid leave, said Sands China. According to Wong, the company’s workers – including executives – are taking turns to use their vacation days while visitor arrivals are far from their peak.

Wong has served as president of Sands China since 2015. On Friday, Wong was reappointed to the role, while Grant Chum was appointed chief operating officer and Dylan James Williams was appointed the company’s general counsel and secretary.

Wong has stated that his objective in is new four-year contract will be to continue playing an active role in the long-term goals and strategic initiates of the company in Macau and in the Greater Bay Area. Lynzy Valles