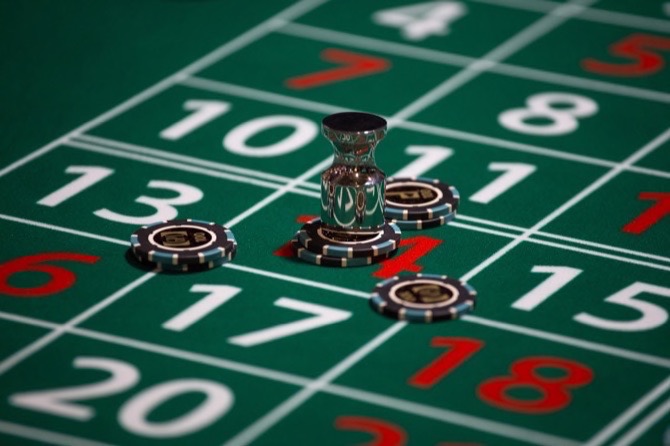 Macau gross gaming revenue touched the lowest level in a year last month, but nevertheless registered growth in what has been a mostly red year.

September revenue fell just short of 22.08 billion patacas ($2.74 billion), up 0.6% from a year earlier, according to data released by the city’s Gaming Inspection and Coordination Bureau.

However, the month also closed out the weakest quarter of the year, with gross gaming revenue down 4.1% year-on- year the data shows, versus 0% growth in the second quarter and a 0.5% contraction in the first. Year-to-date revenue tallied MOP220.3 billion, down 1.7% from MOP224.05 billion.

The result was roughly in line with analyst predictions, including Bloomberg’s median forecast of a 1% rise. The minor growth prediction had been driven by the easier comparison period a year earlier when typhoon Mangkhut struck Macau and forced a 33-hour shutdown of the gambling sector for the first time in its history.

The result suggests that Macau casinos are holding up against headwinds including trade war uncertainties and a weaker Chinese economy. With Macau’s economy reliant on mainland tourism, and its currency indirectly pegged to the U.S. dollar, the SAR is particularly vulnerable to shocks to the world’s two largest economies.

The city has been helped by tourist arrivals sitting at record levels, which has boosted mass- market betting. Visitor arrivals and gross gaming revenue are only loosely correlated because the latter has been traditionally skewed by the volatile VIP segment. That high-roller segment has languished, and recent headlines about unrest in Hong Kong and a possible crackdown by China against junket operators may be scaring away more VIPs.

Analysts were expecting Macau’s casino business to strengthen in the second half of the year, owing to an easier comparison base. The outlook has recently darkened as China’s moves to clamp down cross-border gaming have squeezed liquidity for the junkets and hurt the VIP segment.

These analysts now expect further contraction in the fourth quarter, with some suggesting gross gaming revenue could tumble as much as 6% in year- on-year terms.

On a brighter note, JP Morgan Securities (Asia Pacific) stated in a note seen by GGRAsia that “there’s a good possibility that 2019 marks a cyclical bottom [for Macau’s casino sector], and that demand can rebound into 2020 on easy [comparisons], better liquidity in China, and [the] alleviation of 2019 headwinds.”