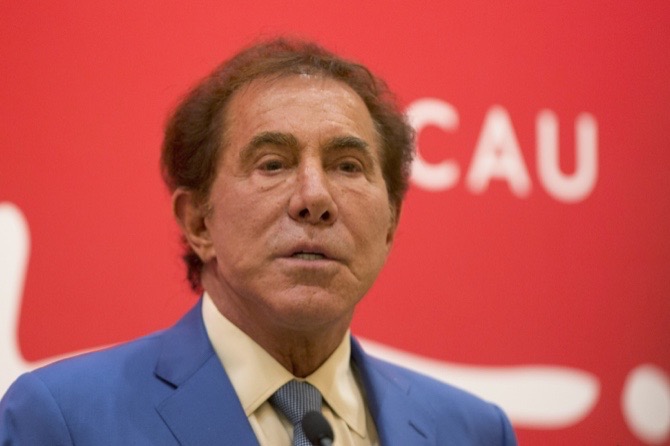 The 200-page report by the state’s Gaming Commission doesn’t make a recommendation about the fate of the company’s Massachusetts casino license or its nearly USD3 billion Boston-area resort slated to open in June.

But it said recent reforms touted by the company — notably the resignation of Steve Wynn as CEO and the ousting of every official who knew about the allegations but failed to report them — do not “erase the fact that the corporate failures revealed in this investigation are significant, repetitive and reflective of the company’s historical governance practices.”

“Inaction and failures,” the report concluded, contributed to a culture “where employees were reluctant to report allegations against Mr. Wynn to management.”

Steve Wynn, the company’s founder and former chief executive officer, stepped down in February 2018 following reports that he sexually harassed a number of employees over his career. He later sold all his holdings in the company.

Wynn wasn’t in attendance Tuesday and did not submit to interviews with investigators. He acknowledged in a statement to investigators that he had “multiple consensual relationships” with employees while leading the company, said Karen Wells, head of the commission’s investigations unit, as she broke down the report for the five-member gaming commission.

Brian Kelly, a Boston-based lawyer who represents Steve Wynn, stressed his client isn’t the focus of the hearings. Regulators are considering how long company officials were aware of the allegations and how they responded, rather than the truth behind the claims.

“Mr. Wynn denies all allegations of nonconsensual sex and nothing in this report changes that,” Kelly said in a statement. “In fact, the Commission and its investigators have acknowledged today that it’s not their role to decide the truth or falsity of those allegations and that Mr. Wynn’s conduct is not the focus of their hearing.”

The report was released as the commission opened a series of hearings this week on whether Wynn Resorts can continue to hold a state casino license. The hearings, which will continue Wednesday with further testimony from Wynn Resorts officials, have implications for Encore Boston Harbor, the company’s Everett casino.

Casino officials Tuesday didn’t dispute the facts of the report, and new CEO Matthew Maddox told the commission he’s “deeply remorseful” for the harm inflicted on the accusers.

“I am sorry that our company did not live up to its values,” he said in brief opening remarks to the commission. “The transformation that we’ve gone through and the changes that we’ve made, I hope, will help all of you regain trust in us. We want to make you proud as a licensee here in Massachusetts.”

A series of allegations

The state commission launched an investigation last year after The Wall Street Journal published a report chronicling allegations of sexual misconduct against Steve Wynn, many by former casino cocktail servers and spa workers.

Many of the incidents detailed in Tuesday’s report were previously reported by The Wall Street Journal and a subsequent investigation by Nevada casino regulators, who recently handed down a record $20 million fine to Wynn Resorts but allowed the company to keep its casino license.

Similar to Nevada’s findings, Massachusetts regulators largely found company officials were aware of many of the allegations but failed to report them to internal investigators or take other steps mandated in the company’s policies. Wynn officials also failed to disclose to state regulators settlements reached with some of the accusers as it sought a casino license in 2013, the report found.

Among the incidents the company failed to disclose was a USD7.5 million settlement that Steve Wynn paid in 2005 to a former salon employee who alleged she’d become pregnant after Wynn raped her.

The former chief executive officer, now 77, said he was sitting in a T-shirt and loose-fitting shorts when the manicurist, who hasn’t been named, started rubbing his leg. “I realize now I should have reported it,” he said. Instead, Wynn said, he had sex with the woman.

Why though did Wynn pay all that money when he was the victim?

“Along comes this gal who had a turn with me, obviously being advised on what to do,” Wynn said in the deposition. “Anybody who is over 10 years old and knows what goes on in the world knows what happens next. The story gets sensational […] So in this context, 7 1/2 million was not a significant number. And I paid it.”

And in 2014, just weeks before Massachusetts would award the company a casino license, it paid out $9,000 to a former cocktail waitress who alleged Steve Wynn had raped her in 2005. Company executives were also aware of at least three other complaints against Steve Wynn from casino massage therapists at the time, investigators found.

“I deny ever having a relationship that is not consensual,” Wynn has said, adding that he knew his company had policies regarding relationships and harassment. “I was not, however, familiar with the detail of those policies,” he said.

A new era for Wynn Resorts

Wynn Resorts has made attempts to restore its image: Under CEO Matt Maddox, the company added women to its board and overhauled its policies. 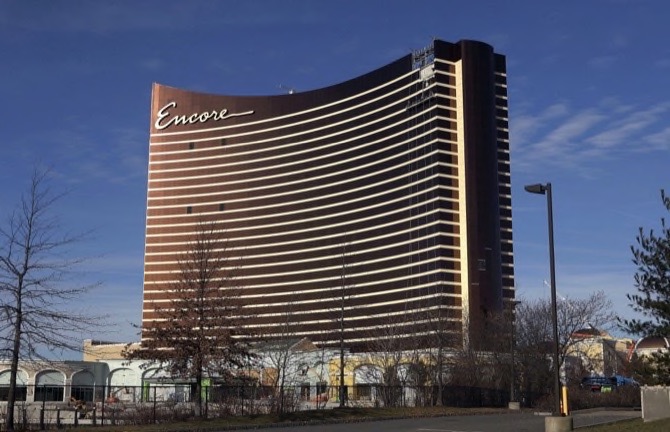 In this January 2 file photo, construction continues on the Encore Boston Harbor luxury resort and casino in Everett, Massachusetts

At the start of Tuesday’s session, Maddox apologized and told the commission the company is changing from one that was “about a man” to one that has values. “Our company was shaken to its core,” he said. “We were in crisis and many of us were in denial.”

Maddox said he later realized there were many victims and many of them felt powerless. “For that, I am deeply remorseful,” he said.

The investigators recommended that the commission consider what Elaine Wynn knew in 2009 about Steve Wynn’s $7.5 million settlement over a 2005 rape allegation, “and evaluate whether or not her communication to the company’s general counsel adequately satisfied her fiduciary obligations as a director, given the documents in her possession at the time,” according to the report.

Elaine Wynn is a former board member, ex-wife of Steve Wynn and largest individual shareholder in the company. A spokesperson for Elaine Wynn didn’t immediately respond to a request for comment.

The report also recommended that commission examine the conduct of board members Patricia Mulroy and Clark Randt, as well as current Chief Executive Officer Matt Maddox, after Elaine Wynn first mentioned misconduct in a 2016 court filing. The investigators said executives “bearing the most responsibility for the corporate failures have been replaced.”

Margaret “Dee Dee” Myers, a White House Press Secretary for former President Bill Clinton, was among the newly appointed members of Wynn Resorts’ board of directors who testified Tuesday.

Gaming commission members asked her specifically how her time in the Clinton administration, which faced its own sexual misconduct scandals, compared to the crossroads Wynn Resorts now faces.

“It was a different time, but I will say that the personal behavior of leaders has a tremendous effect on the organizations they lead. That was true 25 years ago and it’s true today,” said Myers, who is now an executive at Warner Bros. Entertainment. “One of the things we need to do as a board is to set an example of how you can move forward. How do you take a company that wants to be better and make it better?”

The commission has scheduled hearings over the next three days. The commissioners will later enter closed-door deliberations. Once a decision is made on the license, the commission will issue a written finding, although exactly when that happens hasn’t been decided. DB/Agencies