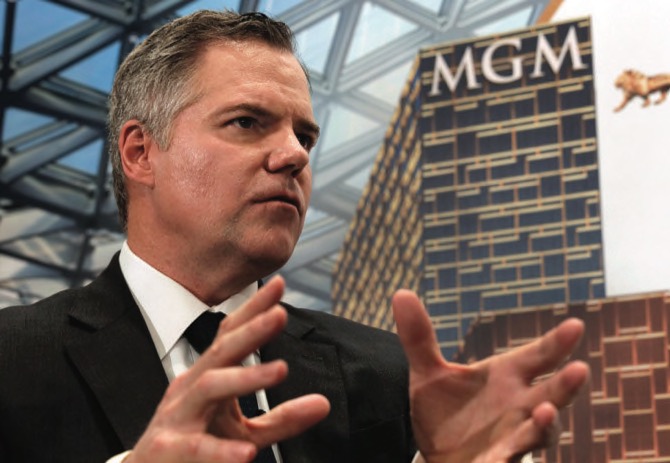 The remarks from Jim Murren came during the company’s earnings call, when the operator reported a fourth-quarter loss of USD23.3 million, after reporting a profit in the same period a year earlier. The opinion from the Justice Department that was made public last month could further restrict online gambling.

“This latest missive from the DOJ is perplexing,” Murren said. “So, it’s just, we think, an absurdly poorly written and unenforceable opinion, and I don’t think anyone in the industry, the gaming industry, the sports betting industry, feels any differently.”

The opinion interprets the federal Wire Act, which prohibits interstate wagering, to apply to any form of gambling that crosses state lines, not just sports betting. The opinion marks a reversal for the department, which under the Obama administration in 2011 said online gambling within states that does not involve sporting events would not violate the federal law.

The 2011 opinion opened the door for cash-strapped states and their lotteries to bring online gambling to their residents, as long as it did not involve interstate sports betting.

The Justice Department delayed implementing its most recent opinion until April to allow businesses to adjust their operations.

The results from the Las Vegas-based company beat Wall Street expectations. The average estimate of seven analysts surveyed by Zacks Investment Research was for earnings of 13 cents per share.

As for the current quarter, Murren said he anticipates gambling revenues this Chinese New Year at the company’s Las Vegas properties to be lower than in 2018.

“We had a very high hold percentage last year, and we are not holding to that level right now, number one,” Murren said. “And secondly, there are a few players who just did not come to the United States, partly due to the government shutdown, some other logistical issues. We lost some groups to places like Sydney and London. So, we can thank our total government for that.” AP