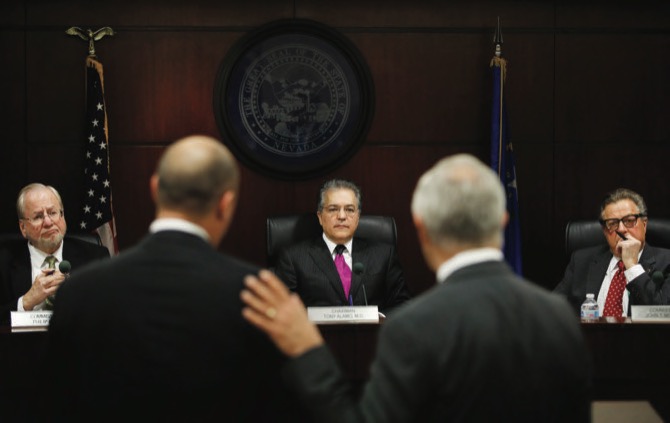 Casino mogul Steve Wynn’s former company was fined a record USD20 million by Nevada gambling regulators on Tuesday for failing to investigate claims of sexual misconduct made against him before he resigned a year ago.

The penalty against Wynn Resorts Ltd. ends an investigation that began after The Wall Street Journal reported that several women said the company founder harassed or assaulted them.

Wynn Resorts will keep its gambling license under the Nevada Gaming Commission settlement approved by four commissioners who set the fine.

“It’s not about one man,” said Commissioner Philip Pro, a former federal court judge. “It’s about a failure of a corporate culture to effectively govern itself as it should.”

Pro called the commission “guardians of the integrity of gambling,” with a responsibility to make sure license holders “don’t do things that bring disrepute on the industry” in Nevada.

The previous highest fine in state history was $5.5 million in 2014 against the sports betting and mobile gambling system company now known as CG Technology. Chairman Tony Alamo said $20 million “makes it clear to all licensees that this culture cannot be tolerated,” while also letting the publicly traded company “heal.”

Steve Wynn himself was not part of the settlement, and neither Wynn nor any personal representatives attended the commission hearing. Wynn has denied all allegations against him. One of his attorneys, Colby Williams, said by telephone that he was aware of the fine but declined to comment.

The commission has frozen Wynn’s Nevada casino license. It has not taken other disciplinary action against him or the other board members and executives named in the settlement. None are still with the company.

Wynn resigned as board chairman and company CEO in February 2018 following reports that he harassed or assaulted several women. He also sold his company shares.

“The company’s initial response during this period was driven by Mr. Wynn’s adamant denial of all allegations,” said a statement from Wynn Resorts spokesman Michael Weaver. It acknowledged a “short-sighted focus on initially defending Mr. Wynn, rather than reassuring employees of the company’s commitment to a safe and respectful work environment.”

The company points to wholesale leadership changes, including hiring a new chief executive, requiring new sexual harassment prevention training for all employees and adding a women’s leadership council to promote equality in the workplace.

“In sum, these 25,000 employees, led by CEO Matt Maddox and a reshaped board of directors, are the company that stands before the commission today, and not Steve Wynn,” the company said in its January 25 written settlement.

A company settlement also is pending in Massachusetts, where gambling regulators launched a similar investigation of whether Wynn Resorts should be allowed to operate a more than $2 billion Boston-area casino resort slated to open in June. Wynn’s name was removed the project now called Encore Boston Harbor. DB/AP