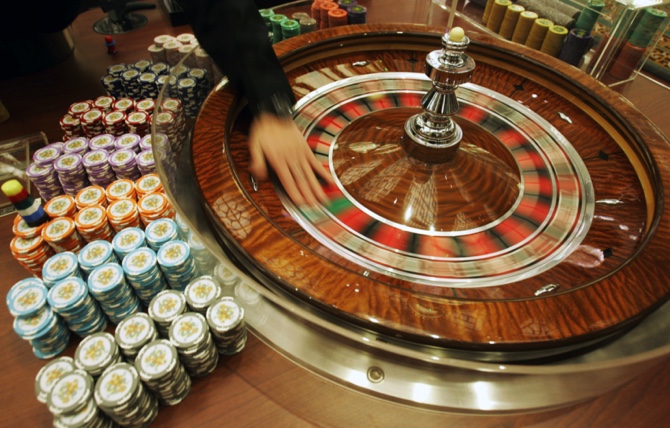 Nomura banking group’s Instinet LLC predicts that the city’s casino gross gaming revenue will be “roughly flat” in January, as total revenue for the first five days of the month was down 4% year-on-year, based on the month-to-date comparison with January 2019.

In a note seen by GGRAsia, Nomura analysts Harry Curtis, Daniel Adam and Brian Dobson said that Macau’s average daily gross gaming revenue (GGR) for the start of January was around 820 million patacas, against a daily average for December of 737 million patacas – growth of 11%.

“By segment, we estimate that average daily mass revenues are up approximately 5% to 7% year-on-year,” the analysts said of 2020 performance so far.

The Nomura team added that VIP volumes for the first five days of this year were tracking “approximately 15% to 20% lower” when compared the same period last year.

The city’s GGR per day for the first two months of the year is forecast to improve by 4% to 5% compared to December, according to the analysts.

“However, we expect somewhat better year-on-year performance in January than we do in February this year,” the team stated.

Similar to Nomura, brokerage Sanford C. Bernstein Ltd said that their team also estimates an average daily rate of 820 million patacas for the first five days of the month, with a total estimate of 4.1 billion patacas from January 1 to 5.

The figures were said to be “helped by improved demand,” following the visit of Chinese President Xi Jinping during the city’s handover celebration.

Bernstein remarked in a note last month that “President Xi Jinping’s arrival […] has been causing a material disruption to the gaming industry (much more so than prior visits by senior officials and Xi himself in late 2014).”

Bernstein noted in its estimate that the combined GGR for January and February would be between 1% down and 2% up year-on-year.

“One key driver of the January result will be how the visa constraints that were in place in November and December are being loosened,” noted analysts Vitaly Umansky, Eunice Lee and Kelsey Zhu.

“If we see continued tight visa controls in place, the GGR impact will be more negative than we currently forecast,” they added.

In December, Macau’s GGR slipped for the third straight month, rounding out the year with a 3.4% contraction in the worst annual decline since 2015. LV