Brokerage Sanford C. Bernstein has revised its forecast for October gross gaming revenue upward by 3 percentage points. Analysts at the firm said they expect gaming revenue for the month to contract 3% in year-on-year terms, according to a note seen by GGRAsia, which is an improvement on the 6% decline previously forecast.

Bernstein estimated that gross gaming revenue amounted to MOP16.8 billion ($2.3 billion) for the first 20 days of the month, meaning an average daily rate of MOP930 million. The average daily rate was up 5% in year-on-year terms, but 26% compared with September 2019.

“There could be potential upside to our estimate if [the] VIP hold rate stays above normal range,” analysts stated in the note, according to the gaming news website.

Meanwhile, analysts at Nomura said that gross gaming revenue for the month “should settle around MOP27 billion.” It added that VIP volumes were tracking as much as 20% lower last week than in the same period last year.

Gross gaming revenue in October 2018 amounted to MOP27.32 billion, representing a rise of 2.6% over a year earlier.

“Our roughly flat GGR growth estimate for October is not a major deviation from last month’s 0.6 percent year-on-year lift,” the analysts wrote, according to GGRAsia.

Earlier in the year, analysts said they expected Macau’s casino business to strengthen in the second half of 2019, owing to an easier comparison base from last year. This outlook darkened as China’s moves to clamp down cross-border gaming have squeezed liquidity for the junkets and hurt the VIP segment.

These analysts now expect further contraction in the fourth quarter, with some suggesting gross gaming revenue could tumble as much as 6% in year-on-year terms.

JP Morgan Securities (Asia Pacific) wrote last month that “there’s a good possibility that 2019 marks a cyclical bottom” for Macau’s casino sector, and that growth will “rebound into 2020 on easy [comparisons], better liquidity in China, and [the] alleviation of 2019 headwinds.” DB 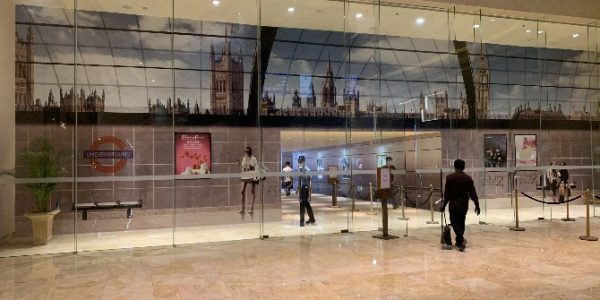