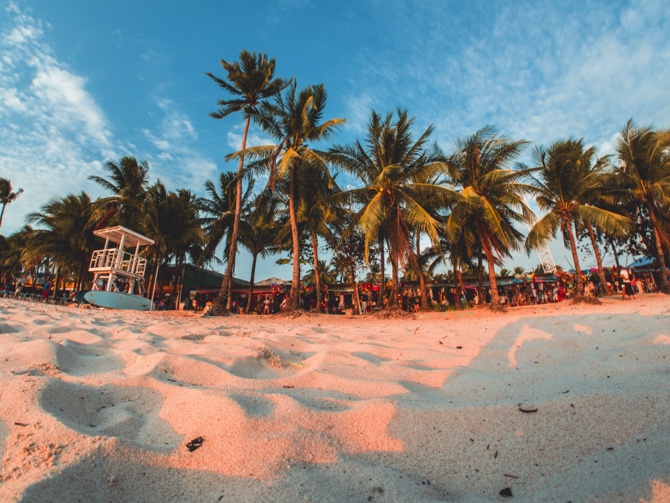 The withdrawal was announced by the LRWC’s acting chairman, Eusebio Tanco, who said the company is no longer interested in building a casino. Furthermore, the Philippine media reported that LRWC was “no longer in talks” with Galaxy.

Galaxy is among the six casino operators in Macau. It currently operates one hotel, two integrated resorts and several VIP casinos in Macau. Its concession, along with Macau’s other five, will expire in 2022.

The Macau enterprise was in a partnership with LRWC to develop a casino resort on the island of Boracay. LRWC is the owner of land plots on the island.

LRWC’s withdrawal may affect Galaxy’s expansion plan, say analysts, including the planned $500-million casino resort on Boracay. The resort was planned to house a casino of about 100 gambling tables and 200 villas.

Tanco told a press conference in the Philippines that he is “keeping that piece of land,” reported Business World. The executive was also quoted as saying, “I’m not going to do a casino there. I’ll just land-bank it.”

The President of the Philippines, Rodrigo Duterte, previously interrupted the development plan submitted by the partnership, with concerns regarding the impact on the environment reported as the reason.

Tanco disclosed that his company would wait for other opportunities to develop the land.

Reports from last week hinted that the proposed resort might go ahead.

At a press conference last year, Galaxy Vice Chairman Francis Lui described the hurdles in the Boracay project as a “misunderstanding” or “miscommunication”, while emphasizing his company’s alignment with President Duterte’s view of environmental protection for the island.

The archipelago country levied a six-month suspension of tourism on Boracay in 2018 in order to clean up the island. Additionally, the nation’s top government aimed for sustainable and family-oriented tourism on the island. AL