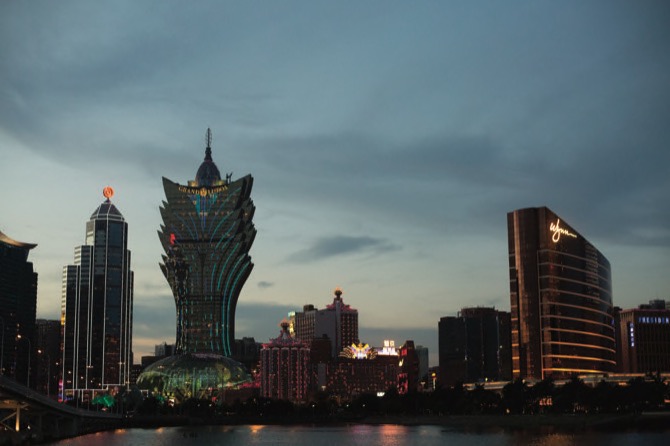 Macau casino revenue in June surprised analysts by growing 5.9% year-on- year to reach 23.8 billion patacas (USD3 billion), according to data released yesterday by the Gaming Inspection and Coordination Bureau. That was significantly better than the median analyst estimate of a 1.8% increase, according to Bloomberg sources.

The June result rounds out the first half of the year at MOP149.5 billion, just 0.5% lower than gross gaming revenue during the first six months of 2018.

The growth, which follows a modest 1.8% year-on-year rise in the previous month, is a sign of market stabilization in Macau’s formerly volatile gaming market. It is also evidence of the city’s resilience to the ongoing effects of the China-U.S. trade war, which continues to gnaw at Chinese spending power abroad and tighten credit lines seen as essential for VIP play.

The month of June has been a consistent poor performer in recent years, recording the second-lowest monthly take in both 2018 and 2017, and the lowest in 2016. So far this year, June has proven the second- weakest month, narrowly beating April’s MOP23.6 billion.

Brokerage Sanford C. Bernstein forecast in a memo last week that Macau’s June revenue would be between 1% and 3% higher year-on-year, maintaining a cautious view. The institution said at the time that it was sticking to its estimate due in part to a low hold rate for VIP baccarat during the month.

While the mass market segment has been strong in the past, Citi analyst Anil Daswani wrote in a note last month that some families may have deferred their Macau trips in June due to their children’s school exams.

Aiding year-on-year growth for the month may have been the subdued comparison period in the previous year, when the FIFA World Cup reportedly distracted gamblers from Macau tables. The absence of a major sporting event this month may have given the appearance of a lift.

However, some analysts maintain the view that there is little evidence to support the link between major football events and Macau gross gaming revenue.

Analysts at Sanford C. Bernstein credited the growth to the final week of the month when average daily revenue accelerated.

“Average daily revenue (ADR) for June was MOP794 million (-5 percent versus May). While GGR for the first three weeks of June was weaker due to low hold, GGR picked up in the last week,” said the analysts, as cited by GGR Asia.

Year-on-year comparisons should continue easing into the summer months, the analysts said, adding that July was likely to grow by between 2% and 4% year-on-year.

JP Morgan Securities said that June had recorded the “best monthly growth so far this year,” especially noteworthy since “June is seasonally the weakest month of the year.”

June’s results may help ease investors’ concerns about another trend – the emergence of rival regional gaming spots in the Asia Pacific region that can lure the lucrative, yet volatile, VIP segment away.

The effect could be temporary, Andrew Lee, an equity analyst at Jefferies wrote in a June 24 note, with Macau retaining favor given its convenience and easy access for mainland gamblers.

Despite June’s take, expectations remain subdued for the rest of the year as a whole, with analysts foreseeing a 1% median revenue decline.

Meanwhile, casino stocks have been rising, with a Bloomberg Intelligence index of Macau operators climbing 7.5% in June, after a 20% correction in May. The best performer in June was Melco Resorts & Entertainment Ltd., gaining 13%.