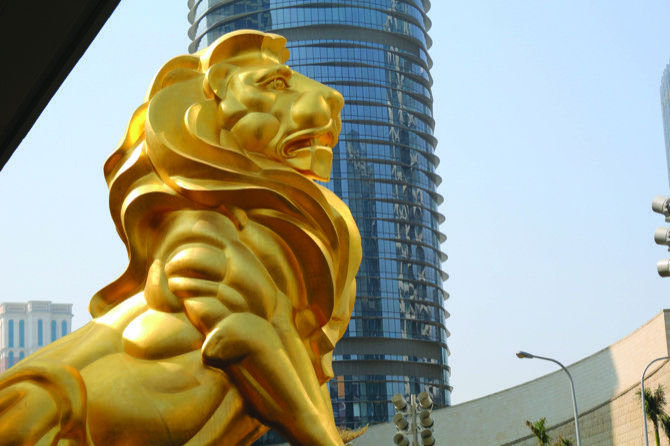 On Friday, the Macau SAR government extended the gaming concession and the sub-concession of Sociedade de Jogos de Macau, S.A. (SJM) and of MGM Grand Paradise, S.A. (MGM) until June 2022, citing a need to bring the two gaming operators’ contracts in line with the other four and concerns about the employment situation of staff at the companies when the licenses expire. The government also said it wanted a more transparent process for the upcoming negotiations, tenders and the awarding of licenses.

The government announced the extension in a statement, with detailed information provided by public officials, including the Secretary for Economy and Finance, during a press conference that was held on Friday.

On Friday morning, the local government signed an extension agreement with SJM, and SJM signed a sub- concession contract with MGM.

As a requirement of the extension of the concessions, SJM and MGM must pay MOP200 million each in single installments to the SAR government.

The MOP200 million payment does not imply any exemption from payment of the annual premium, the special tax on gaming, and the contributions or other duties stipulated by law. It means that the two companies will continue paying their dues, as well as fulfilling other obligations as before, similar to other gaming operators.

According to Lionel Leong, the MOP200 million payments were proposed by the two gaming operators, which were also the parties requesting the extension of their gaming concession.

As explained by the Director of the Gaming Inspection and Coordination Bureau (DICJ), Paulo Martins Chan, every year, each gaming operator pays a MOP30 million annual premium. The MOP200 million represents more than six times the single year’s annual premium.

Secretary Leong explained that the extension decision took into consideration the opinions from all sectors, went through an internal government study, and involved thoughts surrounding Macau’s financial development and national security matters.

The extension is also said to benefit the preparatory work and the development of the opening of the next public tender for the gaming concessions, as well as to provide guarantees for the employment of workers in the gaming sector.

“It will be beneficial for us to carry out a unified new round of the gaming concession public tender. [The extension] is helpful to maintain social stability, especially the stability of the employment [of gaming workers],” said Leong.

In addition to the aforementioned payment, the two companies also proposed to adhere to the non-compulsory central pension scheme to their employees, and provide a guarantee of labor creditors’ rights.

“[The government] also considered that the conditions proposed by the two gaming operators comply with the benefits of Macau’s overall and long-term development, especially if they provide better retirement and better protection [against] termination,” said Leong. 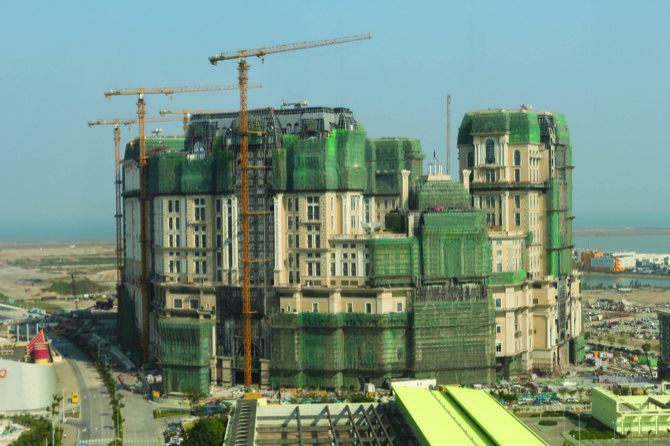 The Lisboa Palace under construction in Cotai

For the labor creditors’ rights, the two gaming operators must establish a guarantee for their employees through a bank. SJM’s and MGM’s guarantee will be MOP3.5 billion and MOP820 million, respectively.

“We hope that it can inspire more companies to join the non-compulsory central pension scheme,” said Leong.

On Friday, MGM issued a statement saying that “we believe that the extension of the sub-concession is especially important for more than 10,800 employees at MGM.”

According to Macau’s law, if a gaming concession is awarded a term of less than 20 years, the government may, at any time and up to six months before the expiration of the concession, authorize one or more extensions to the concession. The total concession period should not exceed the maximum period of 20 years.

The law also stipulates that once the maximum period of 20 years has expired, the duration of the concession may be extended by reasoned order by the Chief Executive for one or more extensions, and the extension may not exceed the period of five years in total.

The details of the extension will be published later and made available to the public as a matter of transparency, according to Leong.

Regarding the gaming concession in 2022, Leong said that “we are inclined to go for an open public tender,” adding that “[the concession] depends on future laws and regulations.”

The Secretary noted that Macau’s “World Tourism and Leisure Center” development, the “economic diversification” and Macau’s “regional and global competitiveness” will be part of the government’s criteria when considering the awarding of the 2022 gaming concession, aside from financial and national security deliberations.

When questioned about the Chinese central government’s stance and opinions on Macau’s 2022 gaming concession, Leong only stated that the government will listen to the opinions of all sectors.

In addition, Leong remarked that the extension “is not related to the change in the Macau government.”

The Secretary stated that the SAR government will continue to hear society’s opinions and promote improvements over the supervision and legal regime for the next public tender of the gaming concession.