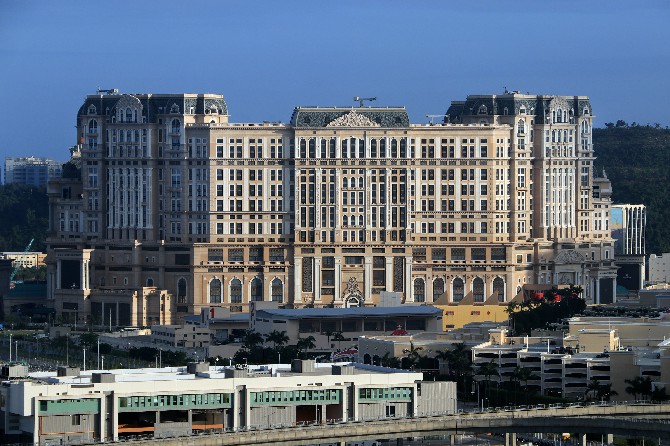 SJM Holdings recorded a total loss of HKD647 million in the first quarter widened from last year’s loss of HKD409 million.
According to the gaming operator’s unaudited report, released yesterday, the total net revenue, gross gaming revenue and net gaming revenue of the group decreased in the first quarter of this year by 28.8%, 32.7% and 29.2%, respectively, from Q1 of 2020.
Adjusted earnings before interest, taxes, depreciation, and amortization (EBITDA) of the group declined to a negative HKD319 million in Q1 from a negative HKD200 million in Q1 2020, a decrease of 60.0%.
SJM affirmed in the statement that construction of the Grand Lisboa Palace has been completed and that the project is undergoing final inspections by local government authorities. The group anticipates the opening of the new property during the first half of 2021.
Last month, the company’s vice chairman, CEO, and executive director Ambrose So said in SJM’s annual report that its new resort in Cotai has passed final government inspections and is expected to receive its operating licensing soon. Certainty regarding this timeframe is expected to ease the pressure currently faced by the company when it comes to retaining a large number of staff members considered unnecessary for the operations of the other casino and hotel venues of SJM due to the drop in visitors.
Earlier this year, Fitch Ratings said it believes the Grand Lisboa Palace will allow SJM to gain a foothold in Cotai and raise its market share.
“We forecast Grand Lisboa Palace will have EBITDA of HKD2 billion with 330 tables by 2022 and HKD3.5 billion with 380 tables by 2023, which will be partially offset by slightly lower EBITDA at its existing properties due to table reallocation and business diverted to Grand Lisboa Palace,” the institution noted.
SJM’s gross gaming revenue accounted for 11.6% of Macau’s casino gaming revenue during Q1 2021, as compared with 13.3% in Q1 2020.