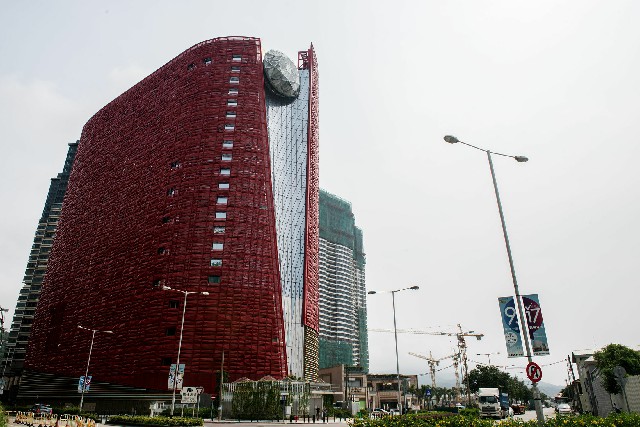 The developer and promoter of The 13 Hotel said it has an agreement that could lead to the disposal of a 40% interest in the subsidiary that owns the hotel project in southern Cotai. The stake was valued at HKD750 million, developer South Shore Holdings said in a filing to the Hong Kong Stock Exchange on Tuesday.
The filing did not identify the prospective buyer of the 40% stake, but it is believed to be the same investor who signed a memorandum of understanding with South Shore in January of this year.
Meanwhile, according to a report by GGRAsia, a Hong Kong-listed “e-logistics” and mining company called CST Group Ltd said on Tuesday it had an agreement to acquire a 10-percent equity interest in an entity that owns The 13 Hotel, in exchange for a cash consideration of HKD150 million.
CST Group said in its own filing that the acquisition would help the company to diversify its investment portfolio and open the door to the Macau property market.
In August 2019, South Shore announced that it was in discussions to dispose of a 60% stake in the subsidiary with an associate of a substantial shareholder of the company.
The 13 Hotel held a partial opening in late August last year without a casino. The troubled property was originally scheduled to open by the end of the first quarter of 2017, but the operating firm postponed its opening several times.
South Shore previously indicated that it wanted to open a casino in the first quarter of 2019, but it has not struck a formal agreement with a Macau gaming concessionaire or sub-concessionaire.
South Shore reported a net loss of HKD5.84 billion for the fiscal year ending March 31. DB