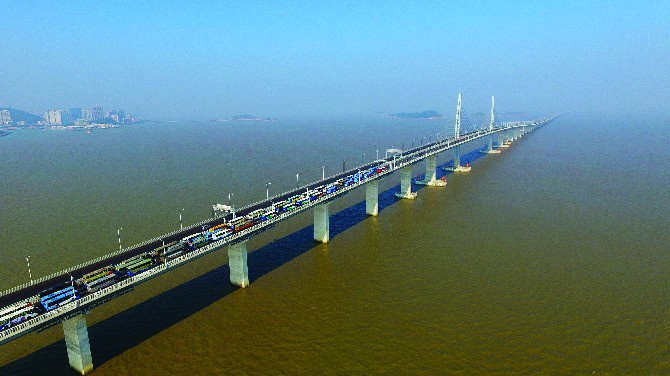 The Secretary for Social Affairs and Culture Elsie Ao Ieong U has officially confirmed that the planned travel bubble between Hong Kong, Macau and Guangdong province has been halted for the time being due to the increasing number of active cases in Hong Kong.
The secretary spoke to the press on the sidelines of a public event, explaining that mutual health status recognition between the three regions of the Greater Bay Area is still being negotiated.
According to the official, communication and preparation works will not be suspended and that mutual health code recognition will not be launched until an appropriate time.
In a Facebook post, Hong Kong Chief Executive Carrie Lam noted that it was necessary to re-examine the mutual recognition of health codes between the three regions, which she considered “almost ready.”
Lam noted that there were multiple groups with a high transmission risk in a short period of time, implying that the launch of the mutual health status recognition scheme would not be feasible for now.
Echoing the same sentiments, Hong Kong’s Chief Secretary for Administration Matthew Cheung explained that the Hong Kong government would announce the details and implementation of the health code arrangement in due course, following discussions with the governments of Guangdong province and Macau.
“Due to the reversal of the epidemic in recent days, there have been many local cases of an unknown origin within a short period of time. The governments of the three places should re-examine when the health code program should be launched. The [Hong Kong] SAR government’s primary task is to reduce the spread of the epidemic in the local community,” Cheung wrote on his blog.
In Macau, Ao Ieong pledged that the government would continue to pay close attention to the developing situation in Hong Kong.
She also disclosed that the Macau Health Bureau and its counterpart in Hong Kong were in contact to determine an appropriate time to introduce new measures to combat the spread of Covid-19.
Last week, a set of stringent infection control rules was implemented at all border crossing checkpoints in Macau. The rules will also help assess any potential risks the new wave may pose to the region.
Hong Kong considers its third wave of Covid-19 its most serious by far, as many cases were reported to be local infections.
Among the 61 cases recorded on Saturday, 28 cases were officially positive for the virus and 16 of which were local infections. The rest are still awaiting confirmation. Yesterday, the city acknowledged 37 new infections.
According to Hong Kong experts, the new wave of infections may be due to the lifting of social distancing measures.
The Hong Kong government significantly eased its social distancing protocols on June 19. This has allowed restaurants to operate at full capacity again, while bars and night clubs were required to operate at 50% capacity. Other businesses have also been allowed to operate as normal.
In a report issued by the South China Morning Post, Gabriel Leung, Dean of the Faculty of Medicine at the University of Hong Kong, believes that there are at least 50 to 60 hidden cases in the community. He cited an international study that suggested that a strain of the virus had increased its infectiousness by 31% due to a DNA mutation.
The medical expert warned that each infected person could potentially transmit the virus to four people, based on its current infectiousness.