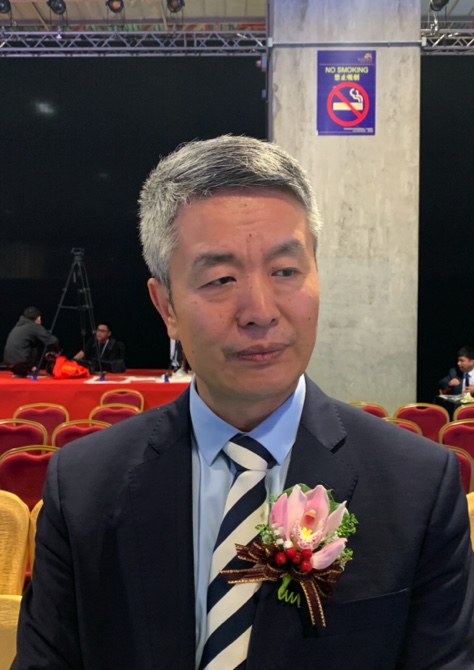 The Greater Bay Area, which consists of the Guangdong Province, and the Special Administrative Regions of Hong Kong and Macau, has a strategic position in the country’s master plan.

Although not his field of expertise, Zhang began by talking about translation. He said initially that the Belt-and-Road Initiative was translated into “One-Belt-One-Road,” until the national government in Beijing offered an official translation.

The current reference became the name of the initiative because, according to Zhang, “There are a lot of belts and a lot of roads in that area. If it is called ‘One Belt, One Road,’ English speakers will find it illogical.”

The academic went on, “Because the idea of ‘economic belt’ was still new, in order to sweep away confusion, Belt-and-Road is a better reference.”

Both special administrative regions have their respective roles and responsibilities within the Greater Bay Area. Zhang reiterated that Macau has been chosen to act as the pivotal city for international tourism and recreational industries.

“Macau should transform from a tourism city to an international MICE hub,” Zhang suggested. He added that Macau can explore opportunities in the financial industry in collaboration with neighboring Hengqin.

In Zhang’s opinion, transportation infrastructure has improved significantly to facilitate both the Greater Bay Area and the Belt-and-Road. He recalled when he first visited Macau in 2017, it was days after Typhoon Hato hit the city. He flew to Guangzhou and came by road to Macau.

The next year, his visit coincided with Typhoon Mangkhut. This time he landed in Zhuhai and traveled to Macau by car. He explained that these journeys were easy.

With all these advantages in location and policy, the Greater Bay Area will attract talent from around the world. It will support scientific projects and facilitate the flow of capital.

Compared with the four famous Bay Areas in the world, Zhang said in terms of per capita Gross Domestic Product (GDP), Macau is only behind New York, which generates USD70,900 per year.

Looking at the Greater Bay Area as a whole, it is generating USD41,500 per year in GDP per capita, which is higher than both the San Francisco Bay Area and the Tokyo Bay Area.

In conclusion, he introduced the policies in place to help Hong Kong students obtain foundational education in Shenzhen. He said a similar policy can be considered for Macau.