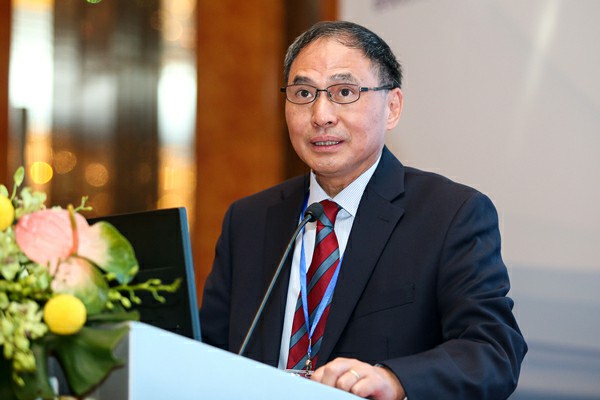 Zheng Yongnian, director of the Advanced Institute of Global and Contemporary China Studies at the Chinese University of Hong Kong, Shenzhen

The Guangdong-Hong Kong-Macau Greater Bay Area (GBA) should have a set of unified rules in a bid to be more competitive and better connect with the world, according to Zheng Yongnian, presidential chair professor, director of the Advanced Institute of Global and Contemporary China Studies at the Chinese University of Hong Kong, Shenzhen.
In an interview with Newsgd.com, an online source for Guangdong news and information, Zheng said that there is an urgency to realize this goal within the 14th-Five Year Plan period (2021-2025), otherwise it will hinder GBA’s development.
The scholar was referring to rules in different aspects such as technology, society and investments – aside from industrial and technological upgrading.
Zheng noted that foreign enterprises are attracted to invest in different mainland cities in the GBA, however, the rules that are set in these cities may differ in two industrial parks at one district – which hinders their inclination to settle their business.
As a costal area of China, opening-
up is crucial for the GBA. And, as the GBA is a part of the world economy, it should compete with other countries rather than provinces or regions of China, said the professor.
With this, it shows the importance of “external circulation,” which relates to China’s economic links with the outside world, a component of the country’s new development paradigm “dual circulation.”
The scholar called to further “go global” and “bring in” more opportunities, then promote the “openness of China,” noting that the signing of Regional Comprehensive Economic Partnership agreement with ASEAN countries is also a practice of “external circulation” for the country.
For Zheng, the GBA could be a platform to link the Hainan Free Trade Zone and Fujian-Taiwan Cross Strait Economic Zone, presenting a “huge market in South China, then access to global markets for a larger circulation to the world.”
In the 2021 Policy Address by Chief Executive Ho Iat Seng, the top official said that the 10th strand of public policy for 2021 was to “proactively integrate into the overall national development plan.” He pledged to facilitate the establishment of the Guangdong-Macau Intensive Cooperation Zone in Hengqin; expedite the establishment of the MacaU New Neighbourhood project in Hengqin; pragmatically promote the development of the Guangdong-Hong Kong-Macao Greater Bay Area; among others.
According to Ho, Macau would make use of the SAR’s functions as a Guangdong-Hong Kong-MacaU Greater Bay Area tourism education and training base, and as a centre for cultivating talented individuals who are bilingual in Chinese and Portuguese.
According to Zheng, talent is a vital factor for GBA’s development and the local government should consider how to attract and retain this workforce.