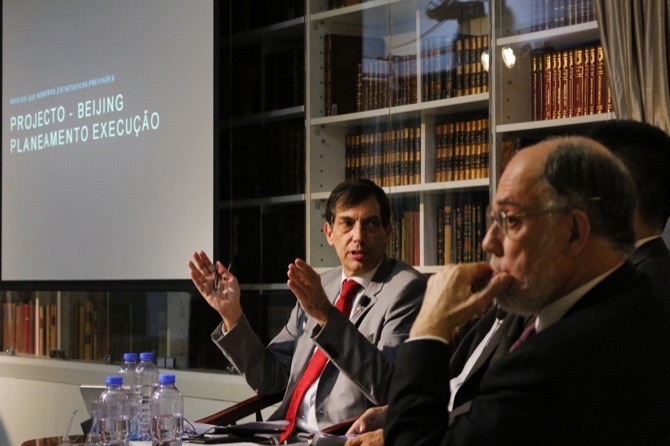 During a talk on the Greater Bay Area (GBA) organized by the Rui Cunha Foundation, the Deputy Secretary-General of the Forum for Economic and Trade Co-operation Between China and the Portuguese-speaking countries (Forum Macau) Rodrigo Brum noted that the GBA plan “would be an example” to the world and to China in terms of cooperation and growth.

Brum expressed the idea that people, namely in Macau, had looked at previous projects with skepticism, such as the Platform between China and Portuguese-speaking countries and others, seeing them as meaningless jargon which did not represent much in practical terms.

“This is not the case for the GBA. This is an all new plan, very different from others in the past and, above all, it is the first time that we have had such an initiative coming directly from [the Central Government in] Beijing,” Brum said, highlighting and recognizing the central government’s “capacity of planning and executing [projects].”

Brum admitted that the purpose of his speech was to try to “clear the skepticism” and make people understand the importance of such an initiative for Macau.

He had tried to “shock” the audience with figures and statistics about the GBA in the context of China and the world, in terms of the economy, finance, technology and trade.

Brum noted “these developments from the GBA go beyond the role of the Forum Macau,” and would continue to develop on a role of information disclosure.

He elected the “finance platform” as the most relevant upcoming GBA project for producing effective results.

“The future of Macau and of China itself are, at least in part, connected with the success of the GBA,” Brum concluded. “This project [Finance Platform] of the GBA is, for the Portuguese-speaking countries and for the businessmen of these countries, one of the most important challenges they have to face in terms of their business relationship with China.”