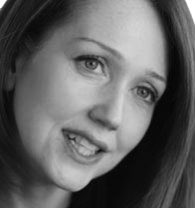 Pluck off? No, say British women, holding on tight to their eyebrows.

Things are really happening in the field of facial hair. The ‘Brexit brow’ is a new trend: women in the United Kingdom are apparently growing thick eyebrows as a response to the uncertainty of leaving the European Union. Such eyebrows allow them to ‘feel more in control’, according to brow bar statistics and sentiment (yes, those exist.) Overall, the British brow market is worth £20 million and, with this new trend, Theresa May can at least point to the nations’ foreheads and say ‘look, growth!’

If women bulking up their brows to counter political uncertainty is a trend that’s allowed into the US – it’s coming from Britain, it should be okay – hairy times lie ahead there too. Given the uneasiness for women under Trump, the whole country could become one big brow thereby annoying the president that, brow-wise, it’s a bush era.

If we take a brow-se through history, we learn Cleopatra had a bold brow. Medieval women plucked theirs heavily to highlight domed foreheads. In the 1920s, film stars popularised skinny brows. Eyebrow weight fluctuated through the rest of the century and into the next until now: when Brexit implications include a slowdown in tweezing.

In Asia, I can’t help but wonder if the link between politics and facial hair arrived a while back, but has been articulated through lashes not brows. Hong Kong is at ‘peak eyelash’ – extensions here couldn’t be any fuller or more extravagant. For example, women in Wan Chai, if they batted in unison, could create a typhoon; and biometric ID at the airport soon won’t have a clear beam to the retina. The Hong Kong Consumer Council issued a warning against eyelash extensions, saying they may cause infection and eyelash loss. That actually was Fake News.

But forget vanity. Has this all been women in Hong Kong reacting to political uncertainty, affixing these full lashes to feel in control as the Chief Executive election approaches and fears of Beijing influence continue to escalate?

What about Macau? Might women there also lush it up lash-wise, or will they offer support to Portugal’s European Union membership by favouring a thinner arch to rival the Brexit brow? Will it become hugely popular because it rhymes – the Macau Brow?

Given the amount of attention that’s been paid to the ‘Brexit brow’, you’d think nothing else was happening in the beauty sections. And yet it’s been a big week in the dominion of man hair. Mintel, the market research company, just reported ‘removal of male body hair’ is on the up, though don’t expect ‘Veet for Him’ in black packaging because blokes seemingly don’t like depilatory creams. The growth market is for body razors, for men to attend to their ‘male terrain’.

This, frankly, is a massive story. It’s the beginning of the end for the socially acceptable hairy man leg, and the start of men wailing: ‘I can’t go out tonight, I haven’t shaved my terrain.’

But what’s also crucial is the fact absolutely no one is linking this to politics. Might British men want tuft-free legs so they can swim the English Channel faster to rejoin Europe after Brexit? Could American men want less hair to express their horror of Trump by being his visual opposite? Nope. No one at all is suggesting this. Man grooming is just man grooming. Which is kind of what it should be. The idea of brows being a realm in which women exercise control suggests they have none elsewhere. And that really does raise more than an eyebrow. 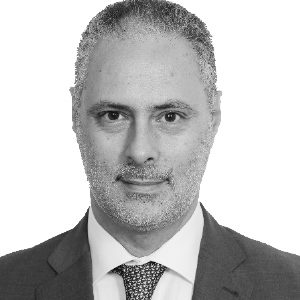