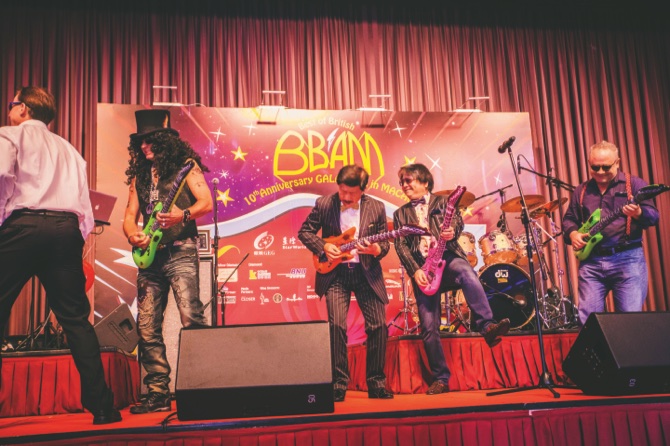 Over 200 members and friends of the British Business Association of Macau (BBAM) attended the institution’s 10th Anniversary Gala Ball on June 24 at StarWorld Macau Hotel.
Guests were dressed as 1980’s glam rock stars, including Slash and Axl Rose from “Guns ‘N’ Roses,” and Gene Simmons from “Kiss.”
Brisbane-based band, “The Killer Queen Experience,” flew in to attend the glam rock themed ball and perform tribute acts of classic “Queen” singles. The band’s front man, John Blunt, bears such a striking resemblance to Freddie Mercury that he has competed in televised look-a-like competitions.
The night’s host bestowed lucky draw prizes and other small gifts to well-dressed individuals during the course of ball’s dinner. Meanwhile, other guests were invited on stage to compete in “air guitar” competitions – a form of dance in which the performer pretends to play an electric guitar.
There were also performances of rock songs by a choir from The School of Nations, including a song from the recently deceased David Bowie.
BBAM Ball Chair, Lynn Jacobson, said that she wants to thank all the guests “for making it a night to remember and for continuing to support us so we can continue to give back to the community with our scholarship fund.”
BBAM was launched in July 2006 with the aim of promoting and representing British business interests in the territory. Macau Daily Times is the principal media partner of BBAM. 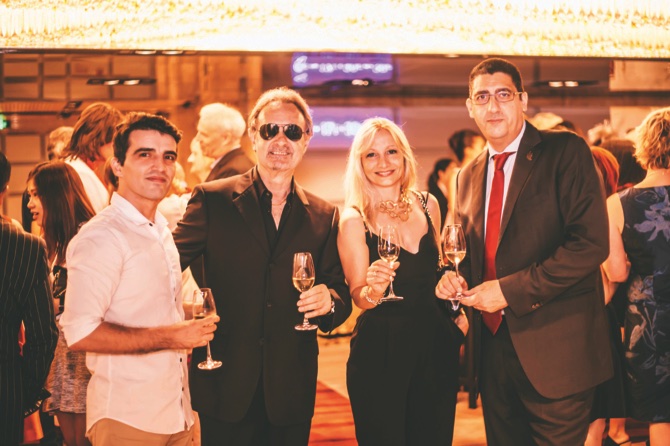 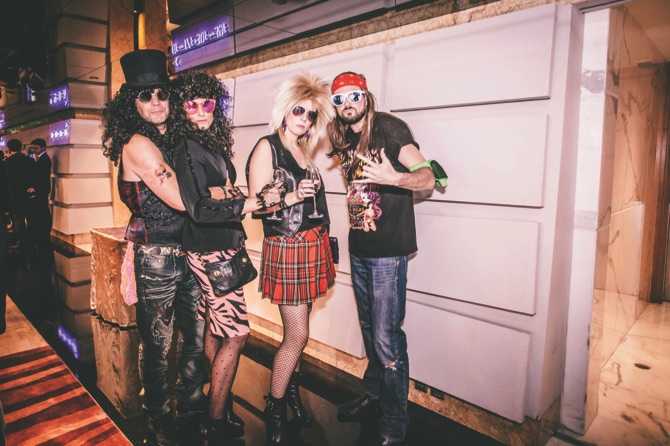 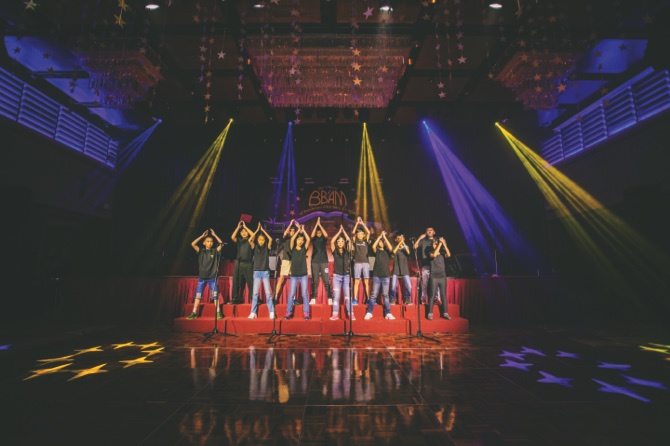 The School of Nations’ choir 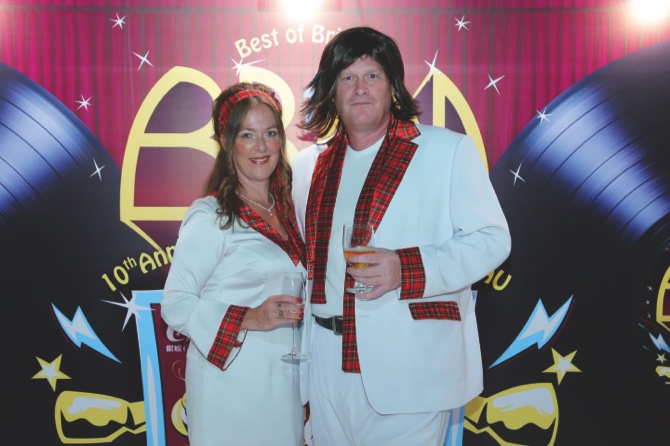 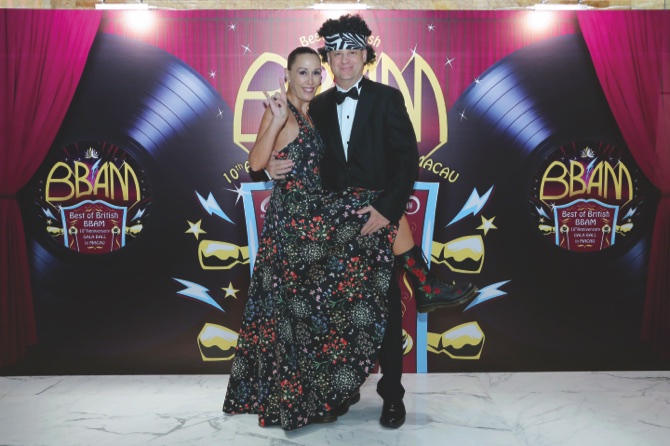 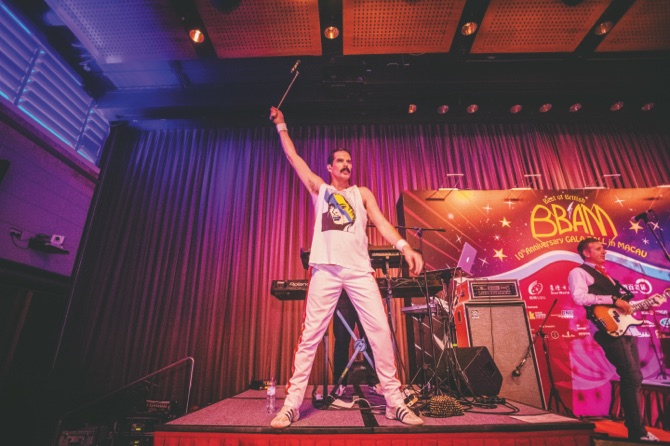