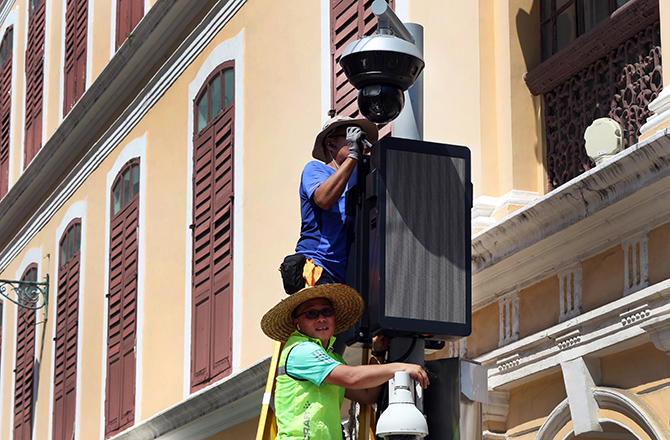 The Government Information Bureau (GCS) has stated in a written reply to the Times that the bureau does not have any information regarding the comments made on Wednesday by Jason Chao in his role as representative of the Macau Research Group.
During a press conference held on Wednesday, Chao told Portuguese and English-language media outlets that the press freedoms they have enjoyed until now may not last.
“[It is] very likely the Macau authorities or the Chinese authorities are going to tighten their grip on the media outlets in Macau,” Chao said, adding that this is directly related to the “unhappiness” of the central authorities with the media coverage of the social unrest in the neighboring region of Hong Kong.
In its reply to the Times, the GCS said that Macau would protect the freedoms enshrined in the Basic law.
“The Macau SAR Government values freedom of speech, freedom of the press and freedom of publication, as these are explicitly protected under Article 27 of the Basic Law of the Macau SAR,” the GCS said.
In January, while meeting with representatives of local media outlets reporting in Portuguese and English, the Chief Executive, Ho Iat Seng, affirmed the significant role that Portuguese and English language media play in promoting the coexistence of Chinese and western culture in Macau, and as a mediator between the Government and the Portuguese and English-speaking communities in the city.