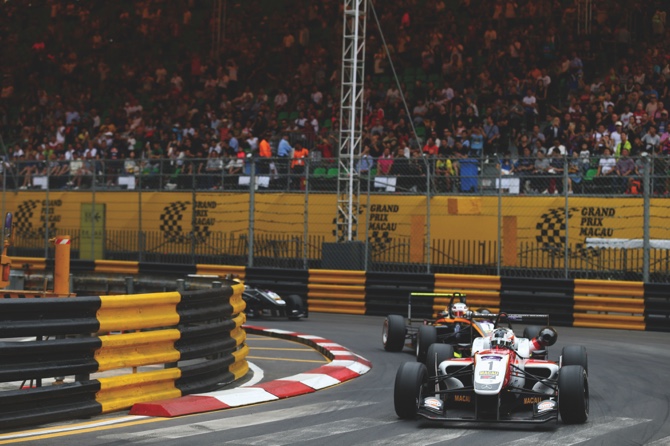 The government is considering turning at least some days of the annual Macau Grand Prix (GP) into work exemption days in a bid to cope with the traffic problems brought about by the racing event.

The idea was floated by the committee coordinated by the Sports Bureau (ID), which is responsible for the organization of the Macau Grand Prix and other sporting mega-events.

In reply to a written inquiry by lawmaker Song Pek Kei, the ID said the matter is being discussed and that the bureau will work with relevant departments to study, analyze and find a feasible solution to relieve the traffic pressure on such days, Macau Concealers reported.
Among the solutions being considered is listing the racing days as either a public holiday, school holiday or a work exemption day, the ID said.
In its written reply to lawmaker Song, the bureau also noted that since the topic involves a matter of the public interest, it is necessary to gather the consensus of society before adopting any of the solutions.

This acknowledgment means that the idea will likely be put to a public consultation process to ascertain the opinions of the public.

The traffic congestion during the GP has been a recurring problem during every iteration in recent years.

Critics have long highlighted the government’s inability to find a suitable solution, especially for the first two days of the event (Thursday and Friday), when a large number of streets are closed to give way to the Guia Circuit event, while the public still needs to get to work or school.

Contrary to the typical arrangements of most street circuits built to host racing events, the Macau GP track is closed every morning at 6 a.m. and then reopened to traffic at the end of the competition program. This routine demands a high number of mobile structures, gates, and temporary signage.

Another issue that citizens deal with is the fact that the roads do not reopen to traffic at a specific time. It ultimately depends on the program and whether post- event works on the track need to be performed.