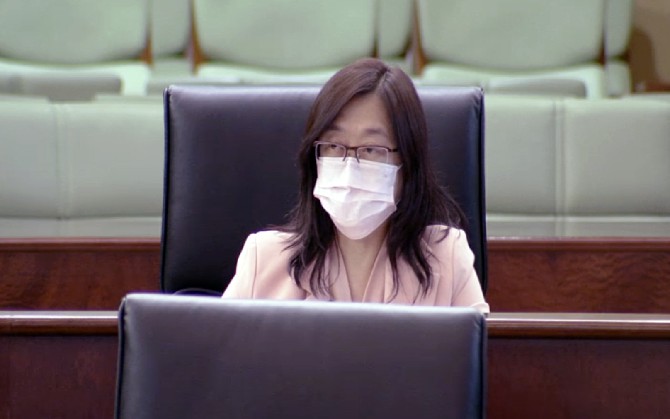 The director of the Government Information Bureau (GCS), Inês Chan, said that the government has “always respected the principles of press freedom and editorial autonomy [of all the media] and never participated in or interfered with the operations or decision-making of any media outlet.”
The statement was made at the Legislative Assembly (AL) on Friday, during a reply to an inquiry from lawmaker Sulu Sou on public broadcaster TDM.
Chan added that the government “respects and safeguards press freedom as it always has according to the provision of the [Macau] basic law.”
Sou was questioning the government on the recent situation at the public broadcaster which led to the alleged resignation of several Portuguese channel journalists, namely from TDM Radio.
Chan remarked that TDM is only financially helped by the government to provide public service television and radio broadcasting, in accordance with the provision of the contract signed by the private entity and the government.
According to this provision, the only requirements stated are the “truth and impartiality of the information disclosed, not being able to disclose fake news, prejudicial reports, [as well as] unconfirmed news or with parts that can lead the public to misinterpretations or errors,” Chan remarked.
Sou was not happy with the reply, noting that the TDM’s Executive Committee knows very well that, in a presentation back in March, journalists were forbidden from presenting news or stories with views or opinions opposed to local and central government policies or measures. This is a position that Sou claimed violates the purposes and goals of the company.
Sou also protested the fact that the government sent Chan to reply to his inquiry and did not request the presence at the plenary session of any representative from TDM’s Executive Committee.
Contrastingly, other lawmakers, such as Song Pek Kei and Ip Sio Kai, called for greater intervention from the government in the process of overseeing media operations. This has been rebutted by the GCS director, who reaffirmed the policy of “non-interference” from the government.