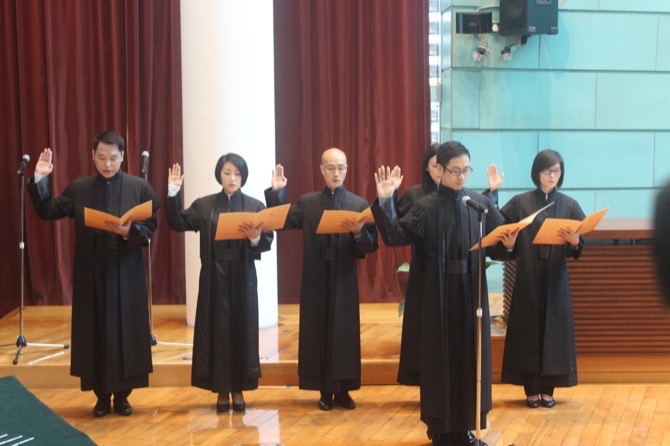 According to Vong Hin Fai, Chairman of the Third Standing Committee of the Legislative Assembly (AL), the government has refused to accept the Macau Lawyers Association’s (AAM) opinions, which oppose excluding non-Chinese judges in cases related to national security matters.

Earlier this week, the committee completed a review on the amendment of the aforementioned bill and signed an opinion book.

The final text submitted by the government has upheld the original proposal, which bans foreign judges from ruling on matters of national security.

As reported by Vong, both the Council of the Judicial Magistrates and the Prosecutors’ Committee agreed with the amendment.

However, AAM opposes the amendment, having deemed the proposal to violate the principles of judicial independence and justice. AAM also believes the amendment leads to a kind of negative discrimination which harms the judicial system, and the image of the judges.

The government representative explained to the committee that the law bears no disrespect towards the national judge principle or other provisions of the Basic Law.

According to Vong, the majority of the committee accepted the government’s explanation.

Besides the above opposition, the AAM also argues  that another amendment may result in distrust of the rulings of the lower courts and the intermediate court, because the Court of Final Appeal’s ruling would override the same decision made by the two different judicial tribunals on the same matter.