Gov’t sets up committee for building up Greater Bay 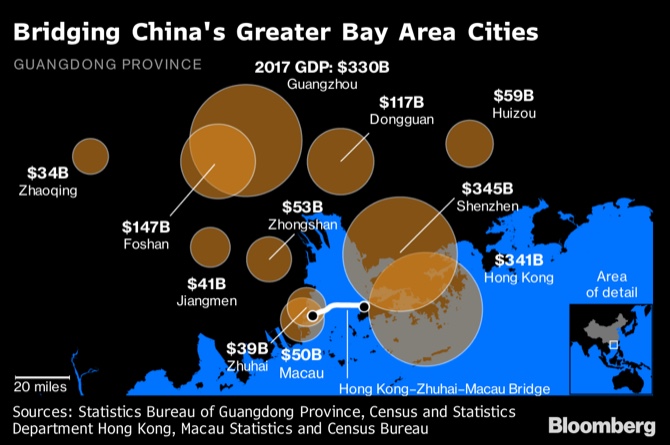 The government has formalized the establishment of the Working Committee for the Construction of the Greater Bay Guangdong-Hong Kong- Macau by a publication from the Chief Executive (CE) in the Official Gazette yesterday.

In the publication, it is noted that the committee is responsible for coordinating the general plans as well as the short, medium and long-term preparatory works on the participation of the Macau Special Administrative Region in the construction of the Greater Bay Area.
Additionally, the publication states that the promotion of studies and the definition of policies and strategies is also within the competence of the taskforce.
The committee is chaired at the highest level by the CE and is sided by the five secretaries from the government as well as the director of Customs Service.
Also holding seats on the committee are the head of the Office of the CE, the government spokesman, and the Director of the Policy Research and Regional Development Bureau, among others.

According to the Official Gazette notice, the committee might include or solicit help from other groups of people and establish specialized teams to address “specific tasks.” The people and groups may be selected from individual citizens of highlighted reference, academic or other institutions or even private entities, both local or from abroad.

According to the political commentator Larry So, this group “is a high power committee.” He said that the need to build the Greater Bay Area is known by the government officials and central government authorities.
So notes that the fact that the committee is placed under the leadership of the CE is “an opportunity for [the CE] to have a more active role in the decisions being made,” which includes  plans on how Macau can expand and develop.

The political commentator also noted to the Times that one of the known problems from the administration is the lack of coordination between various government departments and services, noting that, “under the direct coordination of the CE, this problem may be solved or minimized.”

Regarding topics he thinks the Committee will address, So mentioned cultural issues such as “cultural industries” as well as “education and tourism.”