Gov’t to institute new department and legislation for TCM: Ao Ieong U 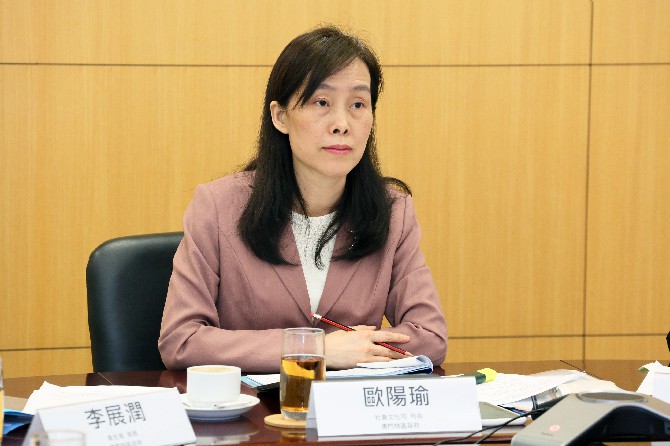 The SAR government is set to establish a new dedicated department and legal framework to lay the groundwork for the surveillance and manufacturing of traditional Chinese medicine (TCM) in Macau, the Secretary for Social Affairs and Culture Ao Ieong U has said.
Ao’s announcement came amidst a speech she delivered at the “Forum on Traditional Chinese Medicine and International Cooperation to Fight Against COVID-19 Pandemic” on March 30.
Representing the Macau SAR government, she disclosed that the Macau’s authorities are now planning to usher in a specialized department to strengthen the supervision of TCM-related activities in the city.
Another undertaking, she added, will be the establishment of legislation regarding the registration of TCM to ensure the quality and safety of all the Chinese medicines manufactured, imported and distributed in Macau.
TCM, which has been proved to help alleviate the coronavirus, has thus played a “crucial role” in the fight against the pandemic, she said.
The SAR government will double down on enhancing the city’s medical system and promoting the co-development of both Chinese and Western medicine.
Sun Chunlan, Vice Premier of the State Council, said via a video conference that the Central Government will continue to foster the development of TCM, share with the global medial experts effective TCM treatments to combat the pandemic, and cultivate TCM talents.
Ao pledged that the SAR government will align with China’s Belt and Road initiative and team up with Mainland cities to launch further joint TCM projects. Such a move is intended to accelerate the development of TCM, which can in turn benefit the community.
The forum, which adopted a hybrid format of both online and offline conferences, was jointly held by the Ministry of Foreign Affairs and the National Administration of Traditional Chinese Medicine in Beijing on March 30.
In 2011, the SAR government and the Guangdong provincial government entered a joint venture to establish The Guangdong-Macao Traditional Chinese Medicine Science and Technology Industrial Park on Hengqin Island.
The facility — the first industrial park in Hengqin founded by both Guangdong and Macau, under the “Framework Agreement on Cooperation between Guangdong and Macao” inked in March 2011 — is purposed to promote the diversification of Macau’s economy and the internationalization of TCM.