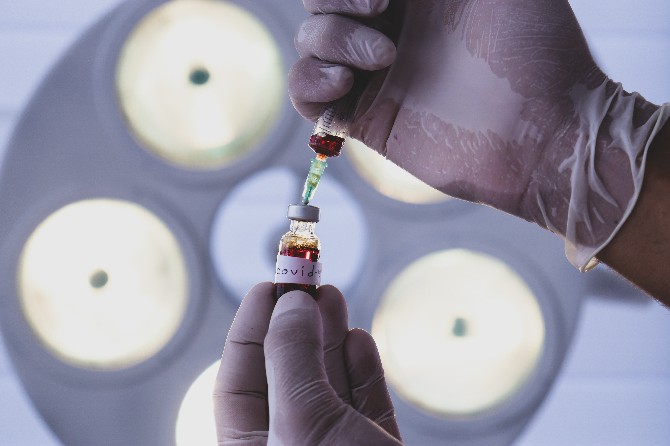 All recipients of Covid-19 vaccines in Macau, including local residents and non-resident workers, shall be insured and the premium will be borne by the government, Secretary for Social Affairs and Culture, Elsie Ao Ieong U, said on the sidelines of a government event.
The insurance will be purchased to offer financial support in case a vaccine recipient develops side effects after the shot. Similar insurance plans have always been obtained for medical staff.
In Hong Kong, the government has established a security fund for this purpose.
Details of the plan, such as the policy and cost, will be announced once they are finalized with the insurance industry. In addition, the amount of compensation to be provided is still under discussion, but the Secretary noted that it will be offered on the basis of each condition. Ao Ieong added that the compensation would not be a small amount.
Previously, the government estimated it would cost MOP500 for the administration of each vaccine. Ao Ieong explained that this amount would not only cover the two shots, but also the costs of the insurance for both shots.
The senior official reiterated that medical staff, fire fighters and paramedics would be within the first groups of vaccine recipients.
Around the world, there are three types of Covid-19 vaccines that are most popular, namely the CoronaVac, Pfizer-BioNTech and AstraZeneca.
All three have proved effectiveness to a certain extent and have been purchased by the Macau government.
At another government occasion, Chief Executive Ho Iat Seng pledged that local residents and non-resident workers receiving the shots will have the freedom to choose which type they will have administered, should all types be in stock.
City records 47th case
Last Thursday, 109 Macau residents returned to the city from Europe, the Americas and Oceania, with a final stop-over in Tokyo, Japan. The returnees arrived on two separate flights to Macau from the Japanese capital.
A 43-year-old woman on the second flight tested positive twice at the city’s airport, which implied an infection. As mutant strains of SARS-CoV-2 have been reported in Europe, where the woman was returning from, the Novel Coronavirus Response and Coordination Center disclosed that a DNA testing was run on the sample, with results expected today.
The mutant strains found in Europe, according to Dr Alvis Lo from the center, are more infectious but not more fatal.
Returnees are required to be in possession of a negative test result issued within 72 hours of their journey commencing. When questioned as to why the woman was not tested in Europe, Lo listed three possibilities: first, the test may not be 100% accurate; second, the patient may be in an extremely early phase of incubation period, meaning that she was infected during the trip home; and third, she may have contracted the virus and already recovered from the disease.
After conducting contact tracing on the patient, the center identified eight passengers on the same flight as close contacts. Unlike the other passengers, who are in quarantine in the Grand Coloane Resort, the eight close contacts were immediately sent to the Public Health Clinical Center at the Coloane Hill for medical observation.
The patient, meanwhile, is not in the medical care at the government hospital.

Lo assures recent
case poses no risk
Amid public outrage regarding the government’s acceptance of the returnees – which the government would violate the city’s mini-constitution by refusing to do – Lo stressed that the receiving mission at the airport, in addition to the city’s Covid-19 control measures, have proved to be working out.
He stressed that the entire procedure was conducted in a closed loop and was completely under control.
Moreover, Lo reiterated that the flights were commercial operations and not government-chartered repatriation flights.
Social media users have been holding a grudge against the returnees for posing a risk to the city. They are also not happy about the latest patient, who “broke the city’s record” of more than 200 days without a case.
They fear that tourists will be afraid to visit Macau with the new case, which would impact the city’s economy.
Lo disclosed that cross-departmental operations were initiated once a notice from Air Macau, which operated the two flights, was received. The case has so far posed no risk to the community. “The case will not trigger the suspension of tourism from mainland China,” Lo reiterated.