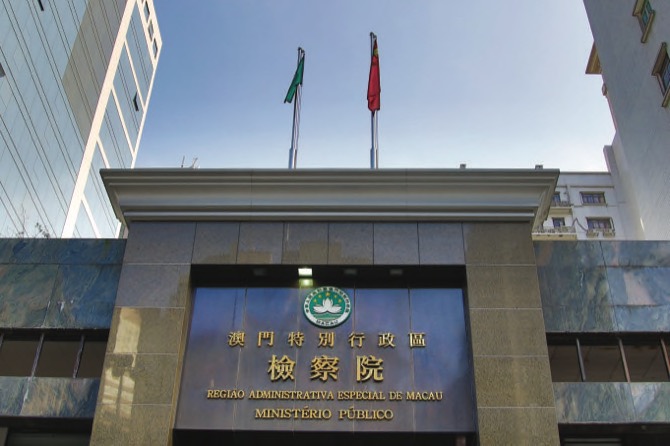 The government is planning to review the training of judges and prosecutors in the Macau SAR, finding support from the Macau Lawyers Association (AAM), which has called for “a mechanism to confirm the quality of a magistrate.”

Under the government proposal, the initial training of magistrates will be extended from two years to three. It also recommends extensive testing to be conducted during the course, though it is undecided whether the examinations will be held in the second or final year.

According to a report by Radio Macau, the AAM is in favor of testing in the second year as it would reduce the propensity for trainee failure and allow corrections if inadequacies are detected.

Another area of concern relates to a deficiency in the recent amendment to the Basic law of the Judicial Organization, whereby it was unable to resolve the accumulation of functions by a judge in more than one court.

The government also proposes to establish a provisional nomination phase for magistrates who have held “a ‘very good’ performance rating or equivalent” for at least the last two years.

Lawyer Frederico Rato told the Times that while the current model has been working for some time, “an evaluation of the system is a must.”

“The judicial system can and must better [accommodate] the nowadays conditions,” said Rato. “This is the task and duty of an attentive government.”

“This is my understanding of the initiative, and certainly everybody agrees that better and continuous training […] can correspond to a better capacity to respond to some of the more difficult cases, more complexity of the legal system, more speed and capacity of the judiciary and a desirable specialization of the judgment.”

The review comes after a series of high-profile cases in which the Public Prosecutions Office has faced setbacks or committed blunders.

In the 2016 Ho Chio Meng trial, public prosecutors levied more than 1,500 charges against the city’s former top official – as opposed to counts of a crime – an irregularity that drew the attention of international media.

Then in the case of the Lisboa prostitution ring, prosecutors were unable to convince judicial authorities to convict Alan Ho, the nephew of Macau gaming tycoon Stanley Ho, with anything more than a 13-month sentence that he had already served in preventive custody.

Other cases highlighted a lack of coordination between prosecutors and police authorities, for example the contradictory statements given by police witnesses during the controversial case involving Sulu Sou and Scott Chiang.

One lawyer, who requested anonymity because of the sensitive nature of his comments, told the Times that police authorities have informed him of their frustration with the actions and decisions of the Public Prosecutions Office.

But lawyer Rato disagrees, stating that the review of the Statue of Magistrates and the legal framework of the judiciary training has little to do with a particular case or a set of specific cases, “but a general concern with the betterment of Macau justice.”