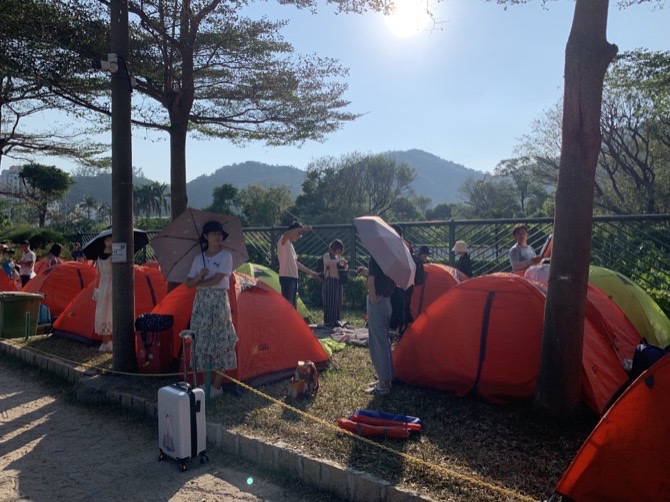 Mainland group tours have been accused of occupying Hac Sa Beach’s camping spaces and leaving a mess at the camping site after they leave, according to a report by Macau Concealers.

A frequent user of Hac Sac camping spaces reported to the news outlet that, during major mainland holidays, the Hac Sa camping area is frequently fully occupied by non-local people, specifically mainlanders who come to Macau as part of group tours.

According to the report, the complainant claimed that, once again, the camp has been fully occupied – and even crowded – during the Golden Week holiday. The complainant reportedly observed some visitors camping outside of the designated camping area and overcrowding in singular tents.

The complainant said that the Hac Sa camping area was left in a mess after people abandoned the site.

The same complainant said that during the Mid-Autumn Festival, some tents were seen with suspected group tour flags.

The complainant is worried about Macau’s natural environment being damaged due to these campers.

Hac Sa camp is Macau’s only camping location open to the public, providing 108 tents for a total of 288 people.

In 2016, lawmaker Chan Hong wrote an interpellation to the local government urging better management of the facilities and in particular proposing that priority be given to local residents. JZ