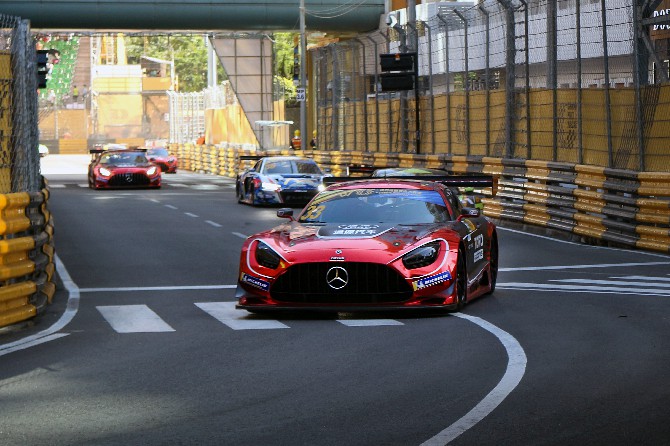 The stewards panel’s polemic decision on the results of Saturday’s qualification race, which pushed Hong Kong’s Darryl O’Young back in the starting grid by 10 places for the Sunday race, could have contributed to the victory of Ye Hongli, who raced for the Toro Racing team at this year’s Macau GT Cup.
O’Young has achieved a faster time every session and won a shortened version of the qualification race on Saturday, allowing him to start in the pole position at the final race on Sunday. The stewards’ panel only informed of its decision late in the evening, ruling that O’Young had been penalized 30 seconds for having started the qualification race too close to Ye’s car.
Although disagreeing with the decision, the Hong Kong driver did not give up and started the race from 11th position with a successful attempt to immediately return to the front of the race. O’Young was racing in the third position with just fewer than three laps to the end of the race when the session was stopped due to a crash involving car number 8, driven by Yao Liangbo.
Race Control decided for a non-restart of the session since there were only two laps left to complete, and ruled that the race had concluded at the finish line of the previous lap before the interruption.
Ye emerged as the winner in a Mercedes-AMG, followed by Hong Kong’s Marchy Lee in an Audi R8 LMS, and the third position was claimed by Chen Weian in another Audi car.