GTEF | Macau wants to ‘work together, not against HK,’ say tourism leaders 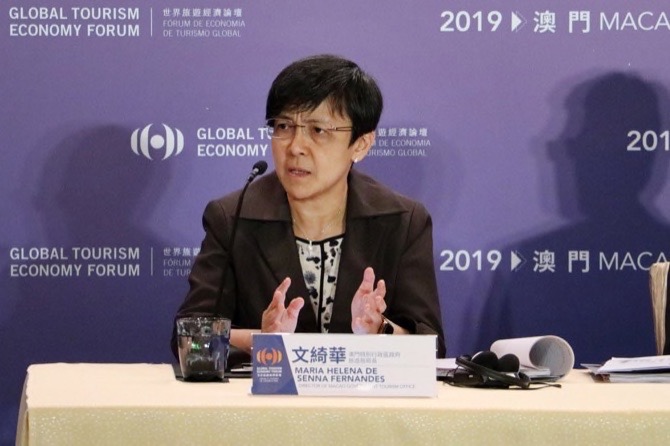 Macau aims to work together with its neighboring regions, namely Hong Kong and the cities that are part of the Greater Bay Guangdong-Hong Kong-Macau Area (GBA), to promote global growth and benefits from the tourism industry.

That was the message voiced by both the Secretary-General of the Global Tourism Economy Forum (GTEF), Pansy Ho, and the Macao Government Tourism Office (MGTO) director Helena de Senna Fernandes, also vice chairman of the event.

The sentiment came during the question and answer session of the GTEF press conference held yesterday morning to present this year’s program.

Questioned by the media as to how the current situation in the neighboring region of Hong Kong is affecting local tourism and whether Macau is taking advantage of opportunities brought about in Hong Kong’s social unrest, Ho said that was not the objective of Macau’s tourism development.

“This is not the time or the right avenue to talk about the situation in Hong Kong. Here today we are mainly focusing on Macau’s tourism development and how to utilize the global tourism economy forum as a means to promote our own tourism development,” said Ho.

“As a [tourism stakeholder], we wish that the situation [in Hong Kong] can be quickly resolved and brought back to normal […] especially now that both Hong Kong and Macau are part of the Greater Bay Area. In fact, the purpose [of the GTEF] is exactly how we raise the collaboration between these cities.” 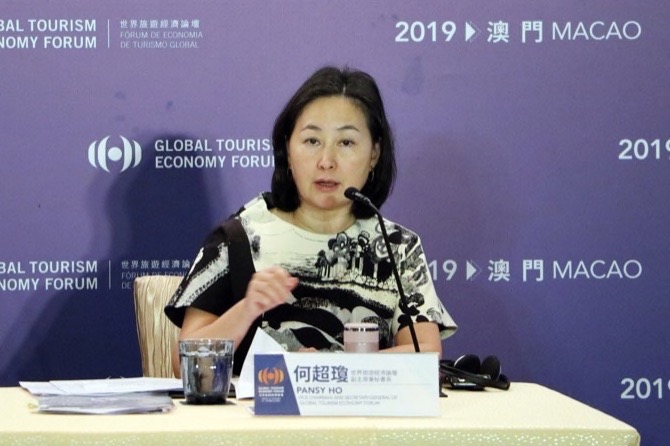 The Secretary-General of the GTEF concluded by saying, “although we are not and cannot be answering to the situation in Hong Kong, from the standpoint of Macau it would obviously be good if we can all work together in collaboration to present ourselves in what we call a [wholesome] tourism area.”

The MGTO director noted “various factors” are influencing the current tourism performance, observing that the lower growth of Macau last month cannot simply be attributed to the situation in Hong Kong, but comes from multiple factors, including the “current economic situation on the mainland.”

She added, “September numbers are not out yet but the feedback that we have been receiving from the industry is that there are fewer tour groups and we have also seen a drop in terms of international arrivals, but in terms of Hong Kong arrivals, mainland arrivals [and] even Taiwan arrivals, these have been quite stable.”

Adding her perspective about the current situation in the neighboring region and its impact on the local tourism business, Senna Fernandes said, “Obviously for us anything that happens around our area – not only limited to Hong Kong – will [be expressed] in different forms of reactions in the market. What [was observed] is that although the number of visitors is still up, the expenditure has been going down compared to what we were experiencing before. So there are different variants in terms of visitor arrivals and expenditure. I don’t think it can only be attributed to Hong Kong.”

“For us as a Greater Bay Area, it will be important to work together with our neighbors,” added the government official. “I don’t think we should distance ourselves from Hong Kong, because of current events. Instead, we should work more together.”