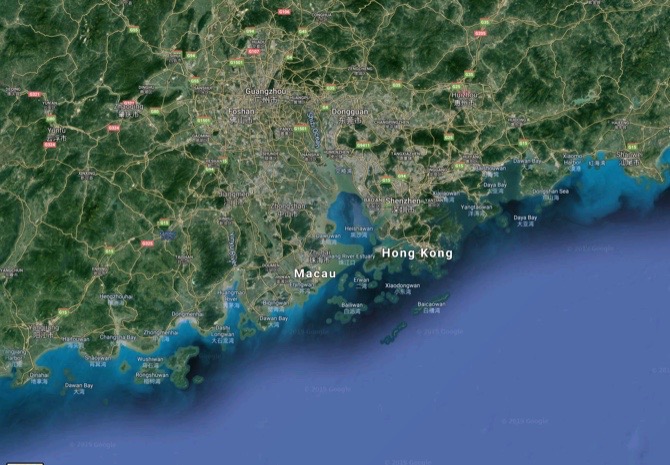 Come to GBA to be an island owner,” mainland news outlet 21st Century Business Herald wrote in a report about the latest document issued by the Department of Natural Resources of Guangdong Province.

Recently, the department issued the trial measures for the sale of non-resident island use rights (the measures), according to which the Guangdong government will organize bidding, auction or listing (marketing transfer) to sell some of Guangdong’s islands. These islands must be in the approval authorization of the provincial government of Guangdong.

The measures specifically emphasized the transferring of utilization rights of non-resident islands by means of marketization.

The measures mean that Guangdong has opened up a market-oriented channel for the operational development and use of non-resident islands.

According to mainland China’s definition, non-resident islands are islands which do not implement Hukou (residency) registration for people, meaning that mainland residents are not allowed to use any address of the islands to register their residency. It does not mean that these islands do not have people living there.

The measures will be implemented starting May 10, 2019, with a validity period of 3 years.

Specifically, the measures mainly clarify the key aspects of the preliminary work, organization transfer, and follow- up work for the sale of non-resident islands.

The Guangdong provincial Department of Natural Resources said that the measures are conducive to organizations or individuals who are interested in using the land to implement their development plan of the islands, as well as to help mobilizing the local enthusiasm for the protection and management of non-resident islands.

Despite the fact that Guangdong does not rank first in terms of uninhabited islands, the province still has the most non- resident islands in the whole country.

On April 12 2011, the State Oceanic Administration of China announced to the public the list of the first batch of non-resident islands for development, and also clearly stated that any enterprise or individual could participate in the development and use of these islands. The list involved eight provinces and 176 non-resident islands, 60 of which belong to Guangdong provinces.

Meanwhile, the State Oceanic Administration gave a maximum of 50 years for enterprises or individuals to develop the islands.

Moreover, both foreigners and foreign companies are allowed to apply to use the islands.

Back in 2011, the Guangdong government had already identified 32 of these islands as tourism islands.

It is still unclear whether the islands involved in the measures are related to the abovementioned 60 non-resident islands.

It is worth noting that, from a realistic point of view, after the publication of the 2011 list, the open use of non-resident islands in China did not advance rapidly, and there was no sign of acceleration of development until 2017.

According to mainland’s statistics concerning the islands, between 2011 and 2016, China approved a total of only 17 non-resident islands for development and utilization, which represents less than five per year, since in 2014, there were no approvals.

In 2017, development of Sam Kok Shan Island in Zhuhai was launched with a total investment of RMB2.2 billion.

The island, which was intended to become a tourism destination in Greater Bay Area, is expected to be partially open in the second half of 2020 at the earliest, and fully open in 2022, with a total tourism capacity of one million people per year.

In 2018, China issued the official documents of opinions on the paid use of sea areas and non-resident islands (the Opinion).