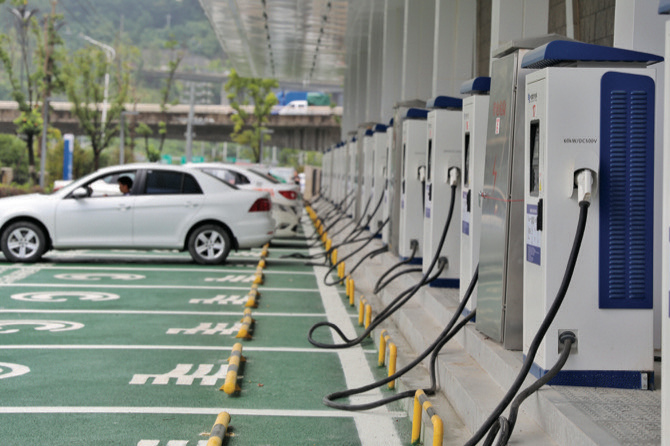 The Guangdong branch of China Southern Power Grid Co. Ltd. said Wednesday that from January to March its charging facilities provided more than 1 million charges for electric vehicles, increasing more than 450% compared to the previous year.

Electric vehicles charged 30.3 million kWh of power in the first three months through the company’s charging facilities, year-on-year growth of over 840%.

Xu Yanhao, an official of the company, attributed growth in power consumption and charging services to the increase of electric vehicles including buses, taxis, and cars which offer online ride-hailing services, as well as improvements of charging devices in the province.

The province has introduced a variety of policies for green growth and high-quality development, and the electric vehicle industry has seen a significant improvement over the past few years.

Guangdong plans to invest 54 billion yuan to build charging facilities from 2016 to 2020, according to Xinhua, with nearly 1,500 charging stations and around 350,000 charging points built.

Around 5,000 charging points will be put into operation this year in Guangdong, said Xu, adding that charging facilities will be installed along the province’s main expressways by 2020.

As of March, Guangdong had about 90,000 charging points.

“It is estimated that the annual power consumption by electric vehicles will exceed 220 billion kWh since 2020, which is expected to reduce more than 1.4 million tonnes of carbon dioxide emissions,” said Qu Dapeng, an official of Guangzhou Power Supply Bureau.

The provincial ecology and environment department said people in Guangdong would embrace a better environment since the province has paid more attention to green development. DB/Xinhua