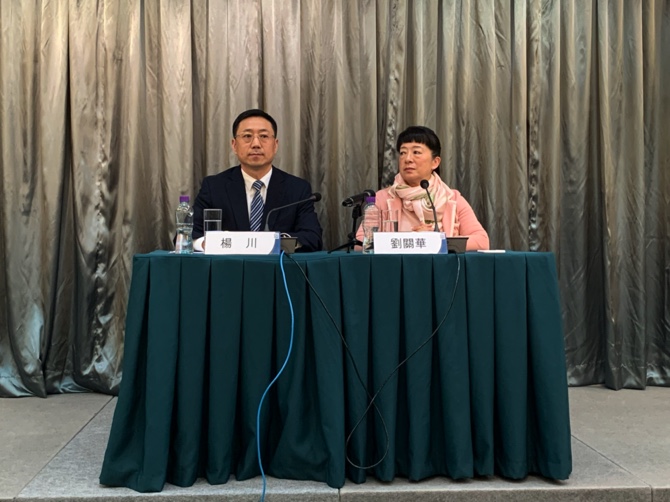 Recruitment in Macau for the Guangdong-Macau Joint Industrial Park project will end on January 16, the government announced yesterday. Both new applications and the submission of supplementary documents will close on that date.

Beginning at the end of 2018, the year-long recruitment drive has so far attracted a total of 90 proposals. The recruitment process is being led by the Macau Trade and Investment Promotion Institute (IPIM). The proposed projects cover areas of new and advanced technologies, scientific research and development, business and finance, tourism, medical services and e-sports, among other areas.

Irene Va Kuan Lau, president of the institute, told a press conference that the ground area needed to accommodate all of the proposed projects is four times what has been actually allotted to Macau. The allotment area is 2.57 square kilometers.

While recruitment is to end soon, the proposals will undergo an evaluation conducted by a committee that comprises individuals and entities from the Macau government and society, as well as officials representing Zhuhai and Hengqin. The evaluation criteria are available on IPIM’s website.

Lau refused to predict whether any entity would withdraw their application, but stressed that if a withdrawal were to happen in the first phase of recruitment, it would mainly be due to Macau entrepreneurs being unfamiliar with mainland legal and business practices.

She also stressed that the institute has been working to help resolve misunderstandings. Questions from Macau entrepreneurs are collected in a bundle and referred to the Hengqin administration each month.

At the same press conference yesterday, Yang Chuan, director of the Hengqin New District Administrative Committee, said he was reassured by the interest from Macau and that he was confident that the Macau government and entrepreneurs will support the park.

Earlier, lawmaker Chan Chak Mo, who is also the holder of a local dining enterprise, Future Bright Group, said that Hengqin does not have the right business climate for development.

Yang told the press conference that several infrastructure projects are being prepared, which he believes will help attract more people to Hengqin. The projects include a railway line linking Guangzhou and Hengqin, several tunnels and bridges, as well as the new Hengqin border checkpoint. AL