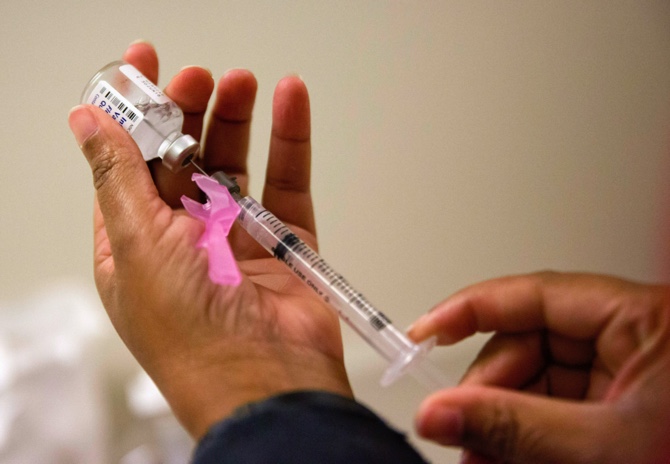 The local government has established contingency plans to deal with the possible detection of the Wuhan pneumonia over the Chinese Lunar New Year holidays, in light of the expected large number of visitors to the city. The contingency plans in place cover the provision of local medical services and work on epidemic prevention.

According to a statement published by the Government Information Bureau, Macau authorities are acting in full compliance with the guidelines of the World Health Organization, following the outbreak of the viral pneumonia in Wuhan, Hebei Province.

During the Lunar New Year period, the government will provide timely updates to the public regarding its strategies for the prevention – or if necessary the control – of the spread of the newly-identified coronavirus.

On Wednesday, Macau’s Inter-departmental Taskforce on Pneumonia of Unknown Cause held a meeting to review the city’s disease-control preparations for the upcoming holiday period.

The taskforce discussed measures including the issuance of guidelines for mainland students and workers that are currently based in Macau, as well as the enhancement of temperature-monitoring screening at maritime terminals, land-based checkpoints, and inside casinos.

Also on Wednesday, the government held a press conference for the officials that returned from the Wuhan study visit. The Director of the Centre for Disease Control and Prevention, Lam Chong, said experts there had provided details on the development of the viral outbreak, measures to control the spread of the virus and the appropriate treatment for infected patients.

As of January 13, there was a total of 41 people recorded in Wuhan as having contracted illness caused by the newly-identified coronavirus. Six people are in a critical condition and one has died.

Currently, further pathogenic and epidemiological investigations are ongoing.  The national public health authorities conducted environmental assessments at the Wuhan wholesale food market where some of those infected had been working. No samples from animal products sold there had been found to contain the identified coronavirus.

Since the start of the year, medical institutions in Macau have together recorded a total of 13 illness cases, each involving a patient with fever and respiratory problems, who had visited Wuhan in the past 14 days. Tests had shown that none of the 13 patients had the Wuhan pneumonia virus.

The most recent case involved a 4-year-old boy visiting from Wuhan, who had complained of fever and respiratory problems. After testing, it was confirmed that he had type A influenza related to seasonal factors.

The government also used the statement to remind the populace that the city holds sufficient reserve stocks of medical supplies, including masks, hazmat (hazardous materials) suits, and disinfection agents. DB