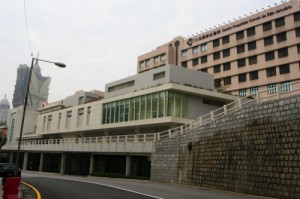 The New Macau Association (ANM) delivered an open letter to the Secretary for Social Affairs and Culture, Alexis Tam, yesterday, urging the government to start reforming the hospital system from “bureaucracy” and establishing a trial registration system for doctors.
The letter indicated that the core of the region’s medical system problems is inadequate human resources, but “many of the medicine graduates outside Macau are not willing to return home to practice their profession.”
“Together with bureaucracy in the hospital system, a lack of further training and a security system when medical incidents occur, the staff is facing great pressure with ever-increasing demands,” ANM stated.
“In the short term, the authority should bring the extended bureaucratic departmental structure and culture under control and establish the registration system for doctors before they can practice their profession, in order to raise their morale and their professional validation, and provide a clear outline for medicine graduates outside Macau once they return home,” the association suggested.
Furthermore, the group stressed that the authorities should prepare to establish a local medical school as soon as possible so as to provide a training base for local doctors.
Regarding the University of Macau (UM)’s intention to establish a medical school, the ANM urged for a timeline of the plan, as “Macau doesn’t have enough specialized doctors and medical personnel don’t receive enough medical training.”
“Macau has a small population. Do we have enough experience and enough medical cases to develop an academic institute for medical services?” asked the ANM president Sulu So, adding that they are also concerned that the institute’s professionalism will be affected due to the fact that Macau society is based on close interpersonal relations.
“Will the new school’s admission of students, along with their assessment and graduation be affected by the interpersonal connections?” he stressed. “Thus we specially suggest that the future medical school shouldn’t be operated solely by local universities such as the UM.”
The ANM further suggested that Macau’s future medical school should collaborate with medical institutes in neighboring regions or establish itself as a regional branch. BY