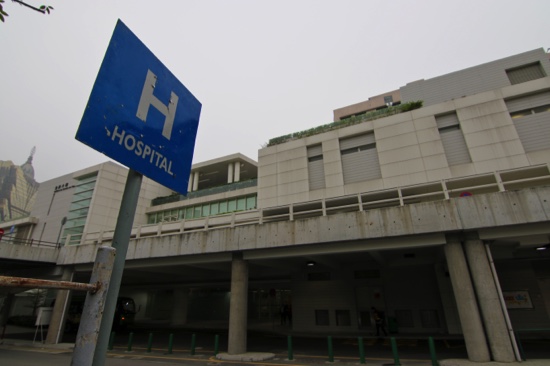 The Health Bureau (SSM) believes that although Macau’s cancer incidence rate has not recorded an increase over recent years, “it is expected that with a growing population more people will suffer from cancer.” Doctor Dulce Maia Trindade, a specialist in public health from the Association of Macau Portuguese Speaking Physicians (AMLPM), told the Times that Macau is in need of a greater investment in cancer prevention.
Data provided by the Health Bureau shows the most commonly diagnosed cancers in 2012 were lung, breast and colorectal cancers.
As in Hong Kong, Macau suffers from urban pressure, and the cancer incidence rate is linked to citizens’ lifestyles, says Dulce Trindade, who’s been working as a specialist in public health in t    he city for the last 20 years.
“The scenario could have been different in Macau, a city with a rather small population and privileged in terms of resources, having a healthcare network in close proximity and dynamic associations that enrich Macau’s quality [in terms of healthcare] also available,” she recalled.
However, Trindade told the Times that Macau is lacking further investment in cancer prevention, as well as in early detection and regular check ups. Furthermore, there’s a need to invest in palliative and rehabilitation care, “an area in which there has been little investment and in which Macau lacks [the necessary] ‘know-how’.”
“We need to better manage health resources and take a giant step toward reverting [a situation in which] the community has not provided cancer patients with enough care, not only in terms of specialized hospital treatment but also in terms of support provided to their families through careers – for instance home care or through medical auxiliaries, social service students or even volunteers,” she recalled.
The physician added that, “there are terminal patients needing quality care, which could ease their suffering, providing them with a dignified end-of-life and close affection.” 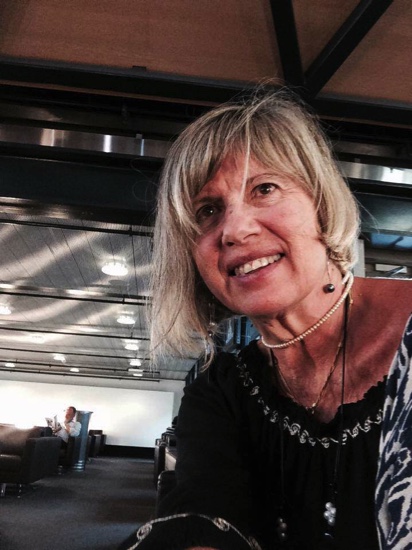 “The community has not provided cancer patients with enough care”, Dulce Maia Trindade

Trindade recalled that data from the Statistics and Census Service (DSEC) shows that, since 2001, oncological diseases were the main cause of death, accounting for over 500 deaths each year here in Macau.
The physician said that a gradual increase of lung and airway tumors, as well as colorectal, liver and prostate cancer in men, is worrying. “The concern is even greater in females,” she acknowledged, as breast cancer is one of the most commonly diagnosed, although not accounting for a higher mortality rate.
“The survival [rate] of cancer patients has been increasing thanks to a number of factors, namely scientific progress behind new therapeutic approaches, healthcare professionals commitment to constantly enhancing their knowledge, and local healthcare policies that have prioritized curative care,” she stressed.
Raising awareness and prevention of the killer disease is another step that could be taken. “There’s a lot more to do to prevent risks associated with oncological diseases. We are all informed of the risks but still unwilling to change our behavior.” the local doctor said.
Suggested measures to strengthen our immune system include changing a lifestyle associated with obesity by saying goodbye to sugar- and fat-based diets and adopting a diet based on fruits and vegetables, while reducing the consumption of salt. In addition to a healthy diet, playing sport is key to avoiding a sedentary lifestyle.
“A sedentary lifestyle is also in great part responsible for an increase in the incidence rate of chronic diseases, which contribute to aggravate other risks associated with cancer,” Ms Trindade added.
Regular health check-ups are also advised by physicians – particularly for women, who should have a mammogram regularly after the age of 30.
Other measures to prevent cancer include taking the hepatitis-B vaccine, to avoid liver cancer, and the HPV vaccine to avoid cervical cancer.
“Changing our behavior and our lifestyle depends solely on us. But sometimes we also need to look for help to help cement those decisions,” the doctor said.
The Health Bureau recalled that the cause of the majority of cancers is still unknown, but various factors may increase the risk of cancer, such as genetic, environmental and lifestyle factors.
SSM said it has been monitoring each type of cancer, and stepping up efforts to invest in monitoring and prevention resources, as well as in the control and treatment of the disease.
This year, SSM will launch a pilot project for the screening of colorectal cancer.
According to the World Health Organization (WHO), 8.2 million people worldwide died from cancer in 2012. Cancer also figures among the leading causes of death across the globe. According to WHO, the number of new cases is expected to rise by about 70 percent over the next two decades.

A ‘No Smoking’ alert

Doctor Dulce Maia Trindade, a public health specialist from the Association of Macau Portuguese Speaking Physicians (AMLPM), has stressed that smoking is the main factor associated with lung cancer, and is surely a risk behavior that could be avoided. In addition to reducing the risk of lung cancer, avoiding smoking would also have an impact on the prevention of other respiratory and dermatological problems. Poor air quality is another risk factor associated not only with cancer but also with chronic obstructive pulmonary disease, the physician recalled. At a recent panel discussion organized by the medical association, experts called for a multidisciplinary and inter-service approach to solve the pollution matter, Ms Trindade said.

HK: Lifestyle to blame for rise in cancer deaths

Figures from the Department of Health and Hospital Authority in Hong Kong show that cancer has claimed 18 percent more lives than a decade ago, South China Morning Post recently reported.
According to Dr Daniel Chua Tsin-tien, associate director at Hong Kong Sanatorium and Hospital’s department of radiotherapy, many cancer-related deaths are preventable by a healthier diet, exercise and regular medical check-ups. In Hong Kong, lung, colorectal, breast, liver and prostate cancers are the five most commonly diagnosed and account for 60 percent of all new cases. According to the Department of Health, 31 percent of 43,399 deaths (13,589), were caused by cancer, compared with 11,510 in 2003.
Dr Chua said he believed breast and colorectal cancers would continue to have high incidence rates in Hong Kong, due to lifestyle habits such as smoking, and diets rich in meat and fat.