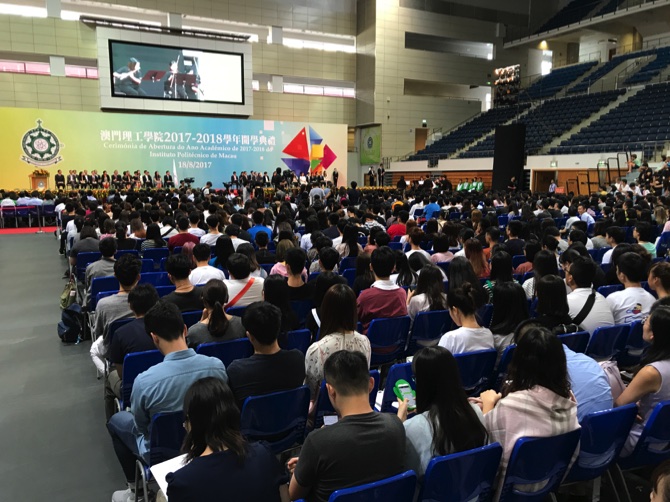 The Macao Polytechnic Institute (IPM) held the opening ceremony for the 2017/2018 academic year last week. Approximately 10 percent of the new academic year’s students at IPM are from the mainland and overseas.

A total of 900 new students enrolled in various IPM programs and more than 80 percent of them were local students.

During the ceremony, more than 500 outstanding students were awarded scholarships sponsored by governmental agencies, organizations, enterprises and individuals.

In addition to seeing steady enrolment from mainland Chinese and other international students, IPM claims to have been the most popular tertiary education choice for local high school students for seven consecutive years.

Dr. Lao Cheng Kin, speaking on behalf of all IPM faculty staff, encouraged students to develop a positive and proactive attitude towards learning. 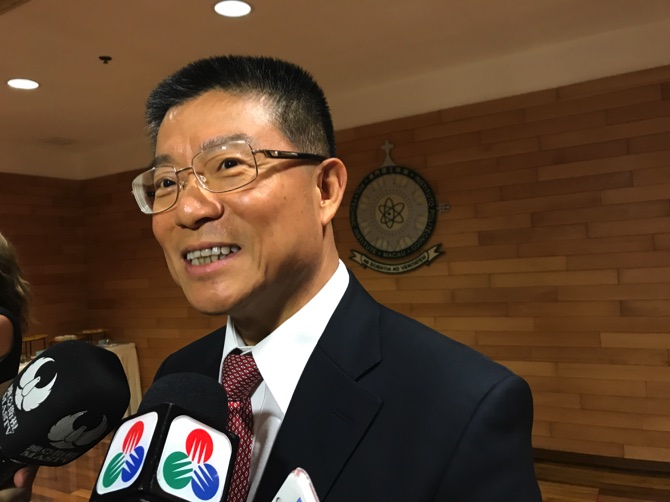 IPM President Lei Heong Iok, speaking to the media, said that “there are 100 students coming from Portuguese-speaking countries, including exchange students. Thirty to 40 are from Portugal, and some are from Brazil and Africa. They come here to learn the Chinese language. This year, some students are coming to IPM to study in Macau’s special majors – such as hospitality – while others are coming to study public administration. A full class from Cape Verde came specifically here to study public administration, and Portuguese students are coming to IPM to study [childcare]. I think all this reflects not only that the education in Macau is becoming international, but also [that Macau is] the platform between China and the Portuguese-speaking countries. […] The new campus has been useful for us solving the residency issues of our students. All students have been arranged a place to live on the new campus in Taipa.”

“Overall, this year’s student enrollment was very pleasing. The effect resulting from the SAR government building Macau into the platform between China and Portuguese-speaking countries is obvious.”

IPM’s new Taipa campus is on the former site of the University of Macau, which now provides dormitories for some of the IPM students.

Discussing IPM’s future plans, Lei said: “We will try to send more mainland students to the Portuguese-speaking countries, not only Portugal, but also Brazil and African countries, where our students are welcome to go.”

Lei said IPM is running an additional Portuguese-Chinese translation course this year, and that there are also more students in other countries studying Chinese.

“This marks the first year [that] high-school students in Portugal are applying to IPM directly, which did not happen in the past. Macau and China are attracting more and more Portuguese students. In Portugal, Chinese is not only being [taught] at some universities, but also at a few primary schools and middle schools,” said Lei.