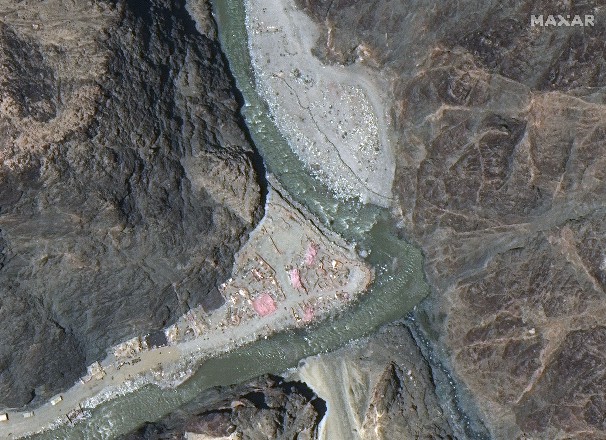 China yesterday again accused India of provoking a border clash earlier this month that left at least 20 soldiers dead, but urged New Delhi to “meet China halfway” in restoring peace and stability along their disputed frontier high in the Himalayas.
Foreign Ministry spokesman Zhao Lijian offered a longer explanation of China’s view of the incident but gave little new information.
He reasserted China’s claim that the confrontation on June 15 in the Galwan Valley, part of the disputed Ladakh region, occurred on China’s side of the Actual Line of Control and Indian forces had illegally entered Chinese territory.
“The responsibility (for the incident) is entirely not on the Chinese side,” Zhao said at a daily briefing.
“The reckless actions by the Indian military seriously violated agreements signed between the two countries and seriously violated the basic principles of international relations. They were evil in nature and the consequences were severe,” Zhao said.
Commanders agreed earlier this week to disengage their forces in their first meeting since the confrontation.
The clash was the deadliest between the two countries in 45 years. India said 20 of its soldiers died. China has not released any information on casualties on its side.
Soldiers brawled with clubs, rocks and their fists at 4,270 meters above sea level, but no shots were fired, Indian officials have said. The soldiers carry firearms but are not allowed to use them under a previous agreement in the border dispute.
Indian security officials said the fatalities were caused by severe injuries and exposure to subfreezing temperatures.
The valley falls within a remote stretch of the 3,380-kilometer Line of Actual Control — the border established following a war between India and China in 1962 that resulted in an uneasy truce.
Zhao said talks held Monday and Tuesday resulted in both sides agreeing to take necessary measures to cool the situation and promote peace and stability.
“We hope the Indian side will strictly abide by and seriously implement the above consensus and meet China halfway and through practical actions, restore peace and stability in the border region,” Zhao said.
Asked why China was offering such a lengthy defense of its position when the sides had already agreed to reduce tensions, Zhao said that was to counter a “large amount of fake news” on the matter being circulated by Indian diplomats and the country’s media.
A nearly identical statement was issued by China’s Defense Ministry, which said Chinese troops had taken “defensive measures and determinedly counterattacked against the Indian side’s violent actions, successfully protecting national sovereignty and territorial integrity.”
The latest tensions appear to be rooted in China’s objections to India building a road through a valley connecting the region to an airstrip, possibly sparking Beijing’s move to assert control over territory along the border that is not clearly defined in places. AP