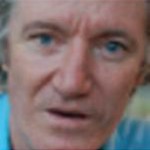 In April, the Economist magazine placed Hong Kong at the top of the world rankings for crony capitalism. Crony capitalism is where the government and businesses collude or turn a blind eye to allow unfair advantages; to distort or control markets; or to discourage or eliminate competition. Academic research in Australia has now resulted in another accolade for local business leaders, finding that a pair of Hong Kong CEOs had the highest individual rankings compared to peers in New York, London and Sydney. However, on average the leaders of the territory’s listed firms were equal with New York. Phew! So on average our leaders are not worse than the self-proclaimed “Masters of the Universe”.
The point of the exercise was to see whether there is a link between reporting inflated profits and high narcissism among CEOs. Well, in New York, the higher the narcissism level the more likely company leaders were to cook the books, amending accounting records to show higher profits. Whether that link can be proven in Hong Kong is still a work in progress for the research team at Macquarie Graduate School of Management.
It may be fine and perfectly legal to glorify a company’s performance but the findings noted that the infamous jailed head of Enron –
whose questionable actions left many ordinary investors deprived of much of their life’s savings – had one of the highest narcissism scores among CEOs of firms listed in the New York stock exchange.
Leaving the Enron-type rogue captains of industry aside, does it matter whether or not business chiefs are highly narcissistic? In addition to this, how do we define a high degree of narcissism? According to business psychologists and academics, personality traits are important to identify in order to find the right mix of traits which will culminate in managerial success. Likewise, negative personality features need screening out when so much is at stake. One of the traits studied is narcissism, particularly in the context of whether modest narcissism is a good attribute for a CEO and of the effects high levels of narcissism can have on an individual’s colleagues and company.
Healthy narcissism is considered to be self-confidence, which in turn can be interpreted as charisma, authority and innovation; think Steve Jobs.  This impresses boards and singles out individuals for the top jobs. However, research is confirming that CEOs and senior management personnel may be domineering, with, as one definition has it: a sense of entitlement, grandiosity and low empathy.  Essentially, they may not perform as effectively in the workplace as it might seem.
In fact a recent study at Stanford University demonstrated that among 32 leading US high tech companies, overly narcissistic CEOs, identifiable based on their extraordinarily high compensation packages, were not consistently successful.
Once again, Hong Kong is leading, first in crony capitalism and now in narcissistic CEOs.
One of the two leaders in the narcissism survey was a Hong Kong CEO based in the property field.  Do the big property developers not show an overt sense of self-entitlement, love of grandiose schemes, and with their squeezing of the market  also not show low empathy?