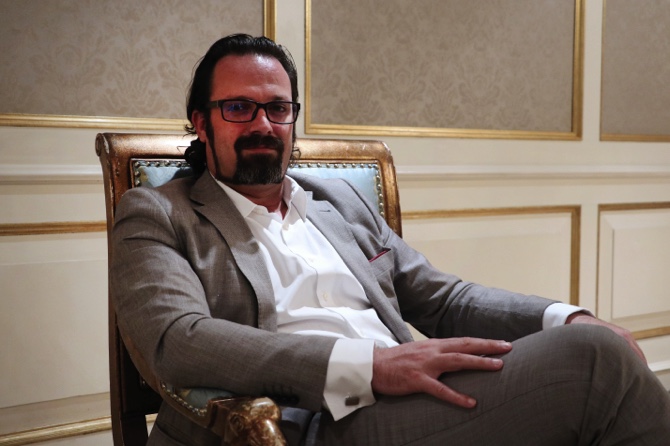 An event was held in Macau this weekend to present, promote and sell a new real estate development in Lisbon. The Residences at Hyatt Regency were presented by Portuguese company United Investments Portugal (UIP), known for developing and promoting real estate projects in luxury resorts such as Algarve’s Pine Cliffs Resort or Sheraton Cascais, among others.

UIP holds a majority of its investments in Portugal, although it also controls several others across the globe through the company or its subsidiaries.

At the sidelines of the event held at the Grand Emperor Hotel, the general manager of real estate of UIP, Daniel Correia explained to the Times that the company builds, develops and associates itself with several international brands to sell real estate that tends to several purposes.

“Some [are investments] with a guaranteed return, others just for secondary housing or holiday homes,” said Correia.

Driving the interest of both Macau and Hong Kong residents is the recent unrest in the neighboring SAR, according to Correia.

“The presence of UIP is not just related to the recent events [in Hong Kong] but obviously in part, and due to these events we have intensified our work here since the demand and interest for our solutions have significantly increased.”

For Correia, the interest of local people, as well as Hong Kong people, for the UIP products comes from a combination of factors in which the “social unrest” of the recent months also plays a role.

“The recent events [in Hong Kong] have given an extra boost on the search for investments in other regions of the globe. And in this sense, the association to the [Portuguese] ‘Golden Visa’ program is working as we note people have been expressing concerns in having some alternative plans in terms of residency.”

Nevertheless, Correia explains that the presence in Macau and Hong Kong is not only because of Hong Kong’s situation.

“We have been promoting Portugal for several years, namely in China, the Middle East, and the Americas for some time now. We started promoting in the mainland in 2013, initially in Shanghai and Beijing, but then diversifying to other cities, including Hong Kong where the company had had clients for at least four years.”

Correia added that the local presence comes from the work previously done and now facilitated by the partnership with local business consulting firm &Beyond, which has helped to promote the investments in both Macau and Hong Kong.

Macau as a final user, not a platform

Steering away from most government policies that tend to regard Macau as a “platform,” Correia notes that in the case of UIP, Macau is also, and above all, a final user.

“Macau is not just a bridge or a platform to connect to the region but also a final destination in the sense that many of the clients of the company are Macau residents.”

Patrícia Rato, General Manager of &Beyond, told the Times that the opportunity allowed for good feedback to be obtained and it was easy to find similar business interests to partner with in terms of sales from local and regional real estate agencies.

“We have gathered very interesting feedback, in a way that we have been receiving requests from some partners, namely Chinese real estate agencies from Macau and from Hong Kong that are working with us to push this promotion even a little further,” she said. “It was very easy, to attract them to this product as the real estate agencies showed interest on their own. They understand its value easily,” Rato said.

For the local company, this partnership is also a way of broadening the range of offers to customers, including Chinese nationals from Macau and Portuguese nationals.

“At the moment, we are very focused on the investment part. The results have been very positive, people in Macau have a sense of trust and security in what concerns Portugal because although it is a faraway place, we have a close relation in many aspects and that transmits trust and confidence to potential investors.”

‘Golden Visa’ is an added benefit

Correia explained that the access to the “Golden Visa” program is an added benefit for their investors in Portugal, namely as real estate is not UIP’s main target but an added advantage and one more factor contributing to the positive outcome.

“On the UIP group, we work with properties in a market segment that is above the minimum requirement [for the Golden Visa]. In this sense, we are not the first choice when people search for a product to achieve the minimum 500,000 euros to reach the requirements in terms of investment,” he said.

“Our investment product is not planned to the program of the ‘Golden Visa.’ It is a product for a client in a higher segment of the market, which is looking for, above all, quality and security. [Here] the residency visa is an added advantage.”

On his second visit to Macau this year, Correia admits that this might not be the last in the short-term as the company is soon launching another project available for investment.

“We have a new project, just recently unveiled in the Portuguese market, which is the Quinta Marques Gomes in Gaia [close to Porto city]. But in this first phase, it is being presented to the local investors that have priority on the deal,” he said.

“We expect that until the end of this year or start of next year, we should start selling it to the open market and in that sense, we will once again present in the Asian market to launch it and promote it.”