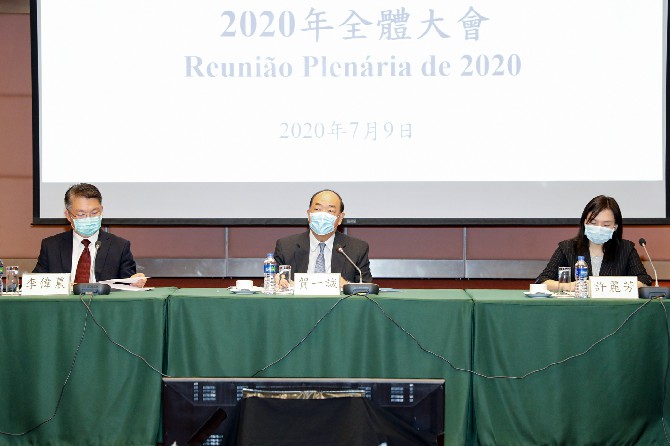 In his opening speech at yesterday’s Economic Development Committee annual plenary, Chief Executive Ho Iat Seng reiterated that Macau should “utilize its institutional advantages underlying the ‘One Country, Two Systems’ framework and be well-prepared to participate in the construction of the Greater Bay Area.”
On the sidelines of the plenary, Sio Chi Wai, convener of the committee’s Economic Diversification Policy Research Group, hinted that first step towards economic diversity is greater engagement with Hengqin.
“The tourism industry has been an advantage of Macau’s,” Sio explained. “While agreeing on this view unanimously, members of the committee have also raised concerns about how the economy can achieve diversification through in-depth cooperation with Hengqin.”
Sio disclosed that the group had held meetings on the promotion of traditional Chinese medicine as part of the economic diversification plan. He also explained that a Chinese medicine district in the Guangdong-Macau Intensive Cooperation Zone in Hengqin has been proposed.
In addition, Macau’s economic diversification will also include the financial services industry. The convener of the group hinted that Macau can assist in financing technological developments in Hengqin.
“Some technological industries in Hengqin need funding,” Sio said. “We have been considering how to provide assistance by utilizing Macau’s position as a financial free harbor.”
He hinted that in order to foster more widespread collaboration between Macau and Hengqin, policymaking is not likely to be overly detail-oriented.
José Chui, the convener of the committee’s Communal Economic Development Policy Research Group, reiterated that the government has strived to stabilize the economy and the employment market with the MOP1 billion relief plan and the consumption stimulus campaign.