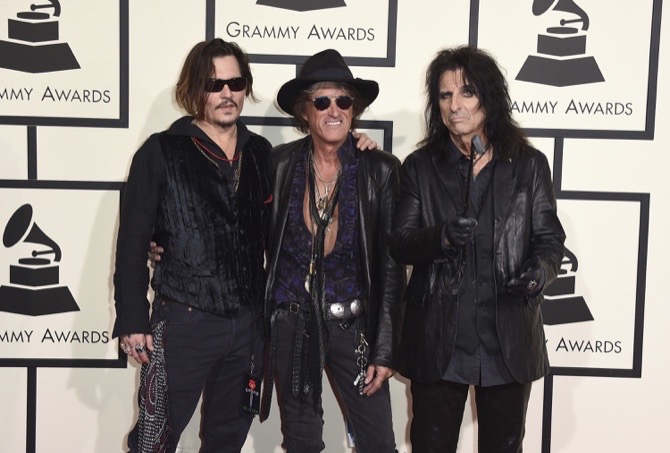 When Alice Cooper, Aerosmith guitarist Joe Perry and movie star Johnny Depp formed a band in 2015 to pay homage to dead drinking buddies, it might have seemed like a pleasant diversion, a one-off lark for otherwise busy artists.

But that first album, with its covers of classic rock songs mainly by artists who died from drug or alcohol use, was so good that it merited a second effort once everyone could find the time.

That time is now, only this time the Vamps dish up mostly new material. “Rise” starts with the insistent “I Want My Now,” as good a song as Cooper has recorded in years, and “Mr. Spider” is a creepy heir to “The Black Widow.” Cooper usually can’t resist throwing in a tongue-in-cheek novelty track written from the perspective of some offbeat character on society’s margins, and this time its “Welcome to Bushwhackers,” about an angry old man at a bar spoiling for a fight; it features a guitar cameo from Jeff Beck.

Perry’s lone lead vocal is on “You Can’t Put Your Arms Around A Memory,” which won’t make many people forget Steven Tyler, but his guitar is razor-sharp throughout.

Depp is handed the keys to several lead vocals here, including reverently done covers of David Bowie’s “Heroes” and the Jim Carroll Band’s “People Who Died.”

But the best is “We Gotta Rise,” in which Cooper, who has run before for president with varying degrees of seriousness, does it again here in a humorous successor to “Elected.” Wayne Parry, AP