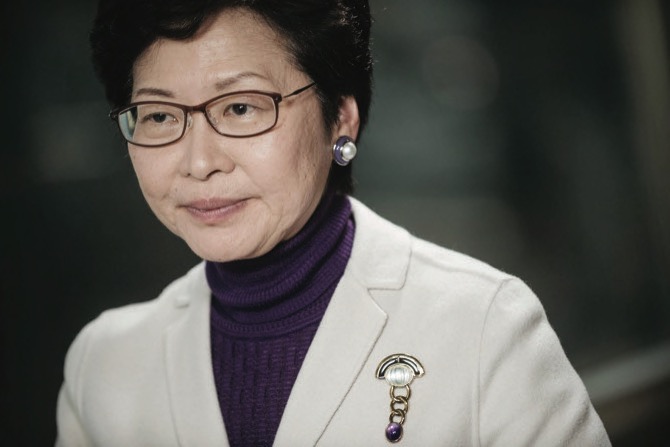 Hong Kong Chief Executive Carrie Lam will likely make a trip to Japan, seeking an agreement to work with the Guangdong-Hong Kong-Macau Greater Bay Area (GBA) project, according to a report by Taiwan’s Central News Agency.

The report cited an anonymous source, who said that at a time when China and the U.S. are competing with each other in the fields of innovation and technology, and since the U.S. is cautious and critical of Hong Kong’s “mainlandization,” it will be difficult for Hong Kong to seek cooperation with the U.S. Given this, seeking cooperation with Japan over the economic initiative becomes reasonable.

However, the same anonymous source further remarked that since Japan is a close U.S. ally, and because Japan’s general policy direction must be based on the U.S. ideology, the analysis does not rule out the possibility that Japan might ask for Washington’s opinion on the GBA issue, in case Hong Kong does ask for Japan’s cooperation.

The Greater Bay Area, a plan drafted by mainland officials, is greater or comparable in size, in terms of population and gross domestic product, to the New York Bay Area, the San Francisco Bay Area, and the Tokyo Bay Area. JZ