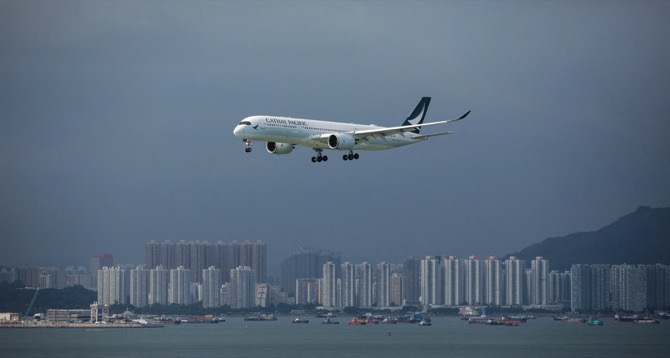 Cathay is in “active discussions” about an acquisition involving Hong Kong Express Airways Ltd., the marquee carrier said in a statement yesterday. There can be no certainty that any agreement will be entered into, Cathay said.

The stake purchase would give Cathay a critical foothold in the market for budget-conscious travelers that’s eaten into demand for some of its routes as it undertakes a three-year transformation program. Asia Pacific’s burgeoning market will probably see the largest increase in air traffic among regions worldwide, with almost 4 billion passenger journeys expected in the next two decades.

“This is part of a very big change in Cathay’s strategy,” Steven Leung, executive director at UOB Kay Hian (Hong Kong) Ltd., said by phone. “Competitors are developing budget airlines which have challenged its business. I think this deal will benefit the company in the long run.”

A successful acquisition of Hong Kong Express would fill a hole in Cathay’s product offering, according to Rahul Kapoor and Chris Muckensturm, analysts at Bloomberg Intelligence. Other parties could also be interested in the budget carrier given capacity constraints at Hong Kong’s airport, Andrew Lee, an analyst at Jefferies Hong Kong Ltd., wrote in a note.

Cathay’s three-year overhaul – which has seen it add destinations and cut at least 600 workers amid efforts to reduce expenses by HKD4 billion (USD510 million) – looks to be bearing fruit. The carrier, scheduled to release results on March 13, said last month that it expects to report a profit for 2018, ending a two-year run of losses.

HNA has been trimming one of China’s biggest debt piles by selling dozens of assets from hotels to stakes in aircraft-leasing companies. The conglomerate has also been trying to sell almost a third of its stake in Hong Kong Airlines, a plan that was held up last year after the sudden death of HNA co-Chairman Wang Jian, Bloomberg News reported in August.

Hong Kong Express, which started services in October 2013, operates a fleet of Airbus SE A320 family aircraft. It flies to cities in countries including China, South Korea, Japan and Vietnam. Kyunghee Park, Bloomberg