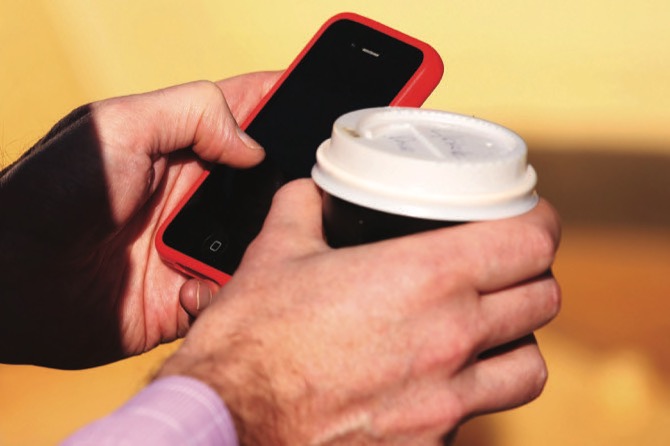 Hong Kong’s traditional banks are set to face one of their biggest challenges yet: a new breed of financial technology firms estimated to snare as much as 30 percent of their revenue.

The city is playing catch up with regional economies, notably China and India, by allowing fintech to shake up retail banking. A reliance on cash and strong household savings had yielded high profitability for a clutch of lenders and kept the industry concentrated. That could see the sector vulnerable to disruption as competition gets fiercer.

“This will help foster fintech development in Hong Kong and promote financial inclusion,” the Hong Kong Association of Banks said in a statement. “The industry can leverage this opportunity to develop new business models.”

Virtual banks are similar to traditional retail banking services in that they will be able to accept deposits and give out loans. They aren’t expected to set up physical branches. Analysts at Citigroup Inc. estimate around 10 percent of existing banks’ revenue is at risk over the next decade.

Most at risk are HSBC Holdings Plc, Standard Chartered, Hang Seng Bank Ltd. and BOC Hong Kong Holdings, which account for 66 percent of the retail loan market and 77 percent of mortgages, according to Goldman Sachs Group Inc. About USD15 billion, which is 30 percent of the city’s total banking revenue, is up for grabs, Goldman’s analysts, led by Gurpreet Singh Sahi, estimated in September.

“There will be some competition, but we think that the market can comfortably absorb this kind of competition,” the HKMA’s Yuen said. “Virtual banks have a different business model, so one could say that, to some extent, they are creating new business opportunities in the market.”

The payment space would be the first battle ground between banks and technology firms in the city, the Goldman report said. Hong Kong’s value of cash transactions accounted for about 17 percent of GDP in 2016, leaving the city behind only Japan among major economies, according to a report published by the Bank for International Settlements last year.

Virtual banking was one of the fintech initiatives announced by the HKMA in 2017, which also included a digital payment system that uses mobile numbers and email addresses for payments. The faster payment system had more than 2 million registrations by the end of 2018 and handled transactions worth HKD104 billion ($13 billion) since it started in September, according to the de facto central bank.

Digital wallets, intermediaries between a consumer’s phone or tap card and traditional bank account, have also seen a steady increase in use. The transaction value of such accounts increased about 9 percent to HKD45 billion in the third quarter from three months earlier, HKMA data showed.

“It will be a great, great thing for Hong Kong to have these virtual banks operating,” said Sumit Indwar, a partner at Linklaters in Hong Kong. “It’s a real statement of intent by the regulators to show that Hong Kong is an innovation-friendly city.”

Keith Ng, a relationship manager who works in corporate banking and has been using HSBC for more than 10 years for its deposits, foreign exchange and pension services, said he’d love to try and open a virtual bank account as long as they are secure.

“I just need a bank that provides good support over the phone or online,” Ng said. “That’s something the traditional banks are now not doing well enough.” Alfred Liu, Bloomberg