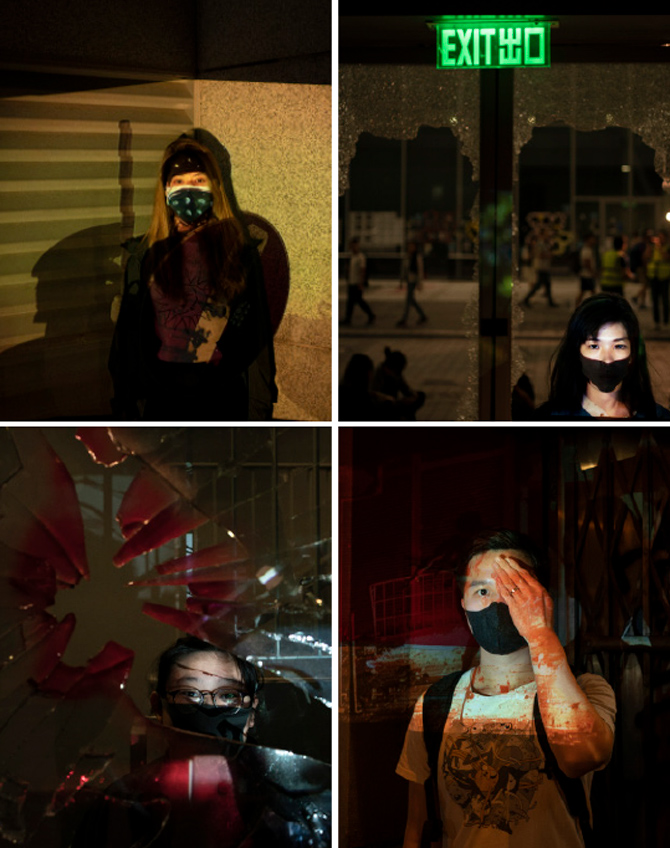 For many protesters in Hong Kong, identity is entwined with surveillance.

Their signature masks, umbrellas and top-to-bottom black outfits shield them not only from physical threats like the riot police’s tear gas and rubber bullets, but also from the invisible dangers of government identification and tracking. Each individual melts into a sea of plastic canopies, their faces obscured, anonymous and united in a shared distrust of the authorities.

In smashing, spray-painting and shining lasers on surveillance cameras across the semi-autonomous Chinese territory, the demonstrators say they are fighting back against an omniscient state security apparatus that already envelops mainland China.

For more than five months, they have led a mass protest movement that prompted Hong Kong’s government to withdraw a controversial extradition bill. Following that victory, they have persisted in advocating for their four remaining demands, including calls for democratic reforms and an independent probe into police tactics.

Police have arrested more than 3,000 protesters since June, on charges such as illegal assembly and rioting. An attempt last month to impose a city-wide ban on face masks only further inflamed the demonstrators, who now cover up in defiance.

Curious about the young protesters behind these masks, Associated Press photographer Felipe Dana set out to take portraits of them. Because many were afraid to bare their faces to the camera, Dana chose to project on them photos snapped during previous demonstrations, inserting an extra layer between them and his lens.

Armed with a portable projector, Dana photographed his subjects on the sidelines of street protests, sometimes with tear gas still thickening the air and clashes mere meters away.

They expressed worry that the ruling Communist Party’s watchful eye might be exported abroad via technologies like Huawei smartphones or Tik Tok videos.

“At the beginning, not everyone wore masks,” said Josephine, a 24-year-old who sported a turquoise surgical face mask.

“But after the police started abusing their rights and arresting more people, we decided to protect ourselves (with the masks),” she said. “We are afraid of the (mask) law, but we are still coming out because we need to find hope, to find the future of Hong Kong.”

Like the other portrait subjects, Josephine asked not to be identified by her full name because she fears government retribution. AP