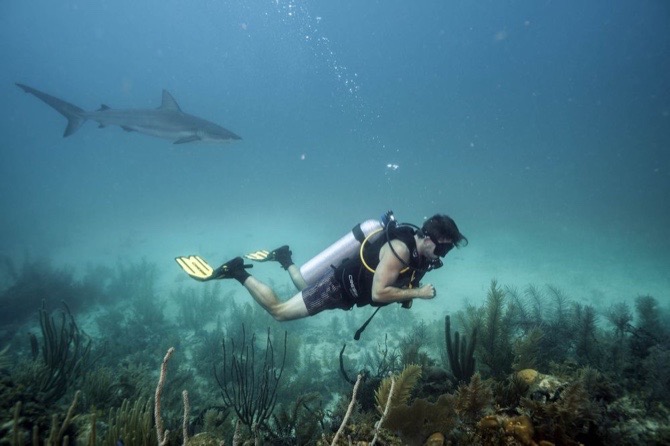 Over 7,000 new microbial species in the oceans were discovered by researchers from the Hong Kong University of Science and Technology (HKUST), which made the results public yesterday.

The new species found including acidobacteria, a natural medicinal phylum with the CRISPR gene editing system discovered at sea for the first time, shedded new light on human’s understanding of microbial biodiversity in the oceans and brought hope to the development of new drugs.

Led by Qian Peiyuan, a professor of the Department of Ocean Science at HKUST, the research team collaborated with peers from the King Abdullah University of Science and Technology in Saudi Arabia, University of Georgia in the United States and University of Queensland in Australia on sourcing water samples across Pacific, Atlantic and Indian Oceans.

Over a span of eight years, the team developed biofilms with the water samples on different materials, eventually discovering more than 7,000 new biofilm-forming species and 10 new bacterial phyla, breaking the existing belief that the world has only 35,000 marine microbial species and 80 bacterial phyla.

Acidobacteria, one of the new marine phyla identified in this research known to only exist in terrestrial soils previously, has been used for developing novel antibiotics and anti-tumor drugs due to its high level of biosynthetic gene clusters.

This is the first ocean species found to contain gene-editing system CRISPR, which is a family of DNA sequences found within the genomes of bacterial organisms like Escherichia coli. It confers resistance to foreign plasmids or phages and contains gene-editing capabilities.

The CRISPR technology is widely used in agro-industrial and pharmaceutical genetic engineering to improve yield for soybeans, corn and rice, for instance, through enhancing the resistance of crops to pollution and natural disasters.

The finding was published in the scientific journal Nature Communications. MDT/Xinhua