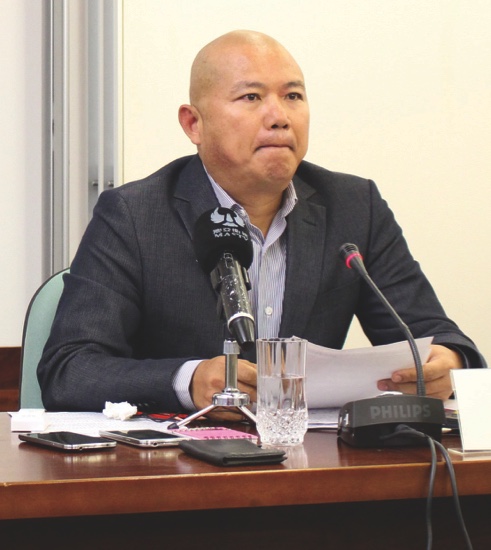 An article examining the influence and relationship between the Fujian Tongxianghui (association of people from the same hometown), electoral politics and casino interests in Macau was recently published in the Journal of Contemporary Asia.
The article, entitled “Casino Interests, Fujian Tongxianghui and Electoral Politics in Macao,” was co-written by Hong Kong Institute of Education scholars Sonny Lo and Eric Chong, who claim that there exists in the MSAR a “triangular relationship” between the three elements.
The scholars examine the impact of the Fujianese community, which they say has been mobilized by prominent leaders – such as the United Citizens Association of Macau’s (UCAM) Chan Meng Kam – to simultaneously influence electoral participation and protect the interests of gaming operators.
According to Lo and Chong, although there are no official statistics on the number of Fujianese who have migrated to Macau during the territory’s historical development, some have estimated that by 2014 there may have been as many as 110,000 people, roughly equivalent to 19 percent of the population.
“The framework of ethnic and sub-ethnic politics can be seen as similar to clan politics, for they act as interest groups with a common identity shared among group members and articulate their interests vis-à-vis the government in power,” the two scholars write. They add that such ethnic and sub-
ethnic interest groups “can lobby the state for the protection of their interests and even compete among themselves.”
In Macau, UCAM maintain a conspicuous balance between the realization of three central commitments: the electoral mobilization of the Fujianese community, the protection of gaming interests owned by influential Tongxianghui leaders, and the actual day-to-day challenges of ordinary Fujianese citizens who overwhelmingly reside in the less-wealthy northern district.
This balance is the result of the growing disparity of wealth created in Macau since the liberalization of the gaming industry, which has created new political pivots and legitimate economic concerns over the consequences of what Lo and Chong describe as the “casino-
state”.
With regard to this latter point, the scholars express a somewhat critical opinion of the “casino-state” when they explain that it designates “a situation where the political institutions of Macau lose significance and the casino industry operates like another government.”
Chan Meng Kam is himself a gaming magnate who began his political campaign in Macau after the liberalization of gaming as the face of his Casino Golden Dragon.
Chan strengthened his electoral mandate in the most recent Legislative Assembly (AL) elections in 2013, when his association garnered the highest number of votes (26,385) and the largest proportion of the popular vote (18.02 percent). His party also secured the most number of seats held by a single party (3).
However, Chan is not unique in simultaneously acting as a casino stakeholder and a representative  in the legislature. As of the 2013 elections, there are at least five other legislators who are casino operators or are seen to have a direct interest in the casino industry. They include Melinda Chan, Victor Cheng, Chan Chak Mo, Fong Chi Keong, and Angela Leong.
Lo and Chong note that casino-backed legislators have withdrawn their pro-gaming platforms during recent elections, especially the 2013 AL election, where UCAM “adopt[ed] a low-profile approach to dealing with casino interests […] a deliberate strategy of acquiring votes from a variety of voters, including those who did not have casino-related interests.”
Despite this “low-profile approach,” UCAM nevertheless made an “unprecedented move” in 2009 when it invited junkets to discuss a proposal for the government to impose legal penalties on gamblers who fail to repay loans.
Chan and UCAM remain to this day highly popular within the MSAR – particularly, although not exclusively, with the Fujianese community – a popularity which is largely attributed to the association’s focus on livelihood politics, its business connections and outreach, and Chan’s personal charitable contributions. Daniel Beitler